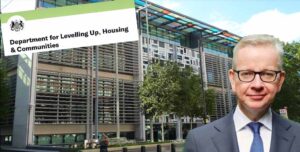 Michael Gove’s current apparent solution for this issue is not enough. During the recent cabinet reshuffle the Prime Minister seemed adamant on creating a fresh start for his cabinet. Through part of completing this aim he fired Robert Jenrick from his role as Minister of Housing and gave the job to Michael Gove.

Understandably, why Jenrick had to go, he is the man who attempted to defend his 150 mile trip down to his second home whilst begging the rest of the country to stay indoors, however, it is almost surprising Gove got the job especially due to his tense relationship with the Prime Minister after he pulled out of Johnson’s team in 2016 and began his own campaign for office. Also, the fact the nation was forced to watch as their future Housing Minister merrily danced in an Aberdeen nightclub, where apparently he tried to avoid the £5 entrance fee by calling himself the ‘chancellor of the duchy of Lancaster’ is almost enough of a scandal by itself; that is without adding on his use of racial slurs from when he was younger and being the subject of claims of joking about pedophilia within top levels of government. There is only one obvious reason that Gove would’ve been given his position, and apparently for Johnson this reason beats out any other controversy: Gove gets things done.

As the population of Britain expands and the prices of houses increase evermore we are in a dire need of more affordable housing. Jenrick struggled with the issue of where to build these houses. Obviously he came to the conclusion of where we have the most plentiful space, the countryside, specifically in the south-east. However, he failed to take too much into account the fact that most south-east constituencies are loyal to the Conservatives; that is until they start building houses in their own backyards. NIMBYism is ever rising after Jenrick built thousands of houses across these Tory shires, with some worrying he was even going to venture into the Green Belt at points. For most though the problem was not the houses, it was instead the lack of infrastructure that came with them. When building all these houses in specific areas the government sometimes failed to also make sure the sewage, roads and transportation systems were up to task.

Gove himself spoke at a planning appeal hearing opposing housing developments in his own constituency. Objecting to the building of 44 new homes in Bagshot on a site which had been zoned for housing by the Conservative council. Half of these homes were affordable. However, Gove said this would “alter the character of the village for the worse”. This lies within the common trend of Conservatives fully supporting a nationwide general effort to increase affordable housing but being anti-local schemes.

Gove believes that building new homes would lose opposition if they were good-looking, saying objections were based on the homes being “not as attractive as they should be”. This seems to come from the ‘Building Beautiful’ agenda formed during Theresa May’s time as PM. This popular idea actually originated from the think-tank that Mr Gove was founding chairman of: Policy Exchange.

It is yet to be seen exactly how Michael Gove will attempt to win back over the Conservative constituencies who, rightfully, are so sick and tired with the housing crisis they are ready to boot their MPs  in the next election. If his solution is through beautifying the homes then this suggests it will take extra money and effort, both of which should be spent on infrastructure and general building safety, so that we never see a Grenfell Tower tragedy appear again. Perhaps he really is the man for the job; described by himself as “someone who will not take no for an answer and who will push for diggers in the ground and homes for all, come what may.” Let’s just hope he spends more time solving the issue and less time on the dance floors.