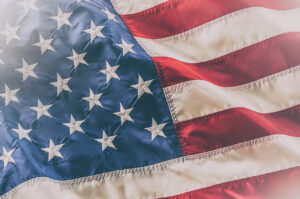 I strongly believe that the current state of power in global politics is unipolarity. It is clear that the USA is a global Hegemon. The US gained this after the Cold war in 1991 due to the decline of the USSR. The implications of this causes them to act as a ‘global policeman’. The definition for unipolarity is a global distribution of power in which there is just one dominant power. I strongly believe that this refers to America due to them having an extremely high amount of hard and soft power causing them to be the most dominant power in the current world. This is demonstrated through them having the world largest economy and it is demonstrated that when they suffer it causes the rest of the world to suffer. This was most noticeable during the 2008 financial crisis in which it caused all neighbouring states to join America into a recession, demonstrating how important they are as an economy. It is clear that they are an important economy as the use of the American dollar is the world currency.

It is clear from this that America is a global Hegemon as no one else will be able to match their global influence in economic values. This is also demonstrated through their military strength as America has a whopping total of 800 military bases across more than 70 different countries. The implications of this is that it allows them to deploy forces anywhere across the world at any given time demonstrating how much global influence that they have. It is clear from both economic influence and military influence they are the only state that has this much power and influence thus making them a global Hegemon, and therefore the current world is unipolar.

The implications of this can be seen all over the world that the USA has the world’s largest economy of $18.5 trillion in 2016 which therefore remains the form of international currency and the effect of having Wall Street remains the world centre global trading hub; thus adding to their amount of influence which no other state has. It is clear that the USA is not only the most influential in the world economy they also have the highest military budget, which is $610 billion which is greater than the other states military budget combined of $602 billion. The effect of this allows them to have a Navy which is again greater than 17 states combined. Due to them having the largest military it therefore makes them the most powerful country in the world and therefore a global Hegemon as they can’t be stopped which was demonstrated during the Cold War in which the USSR crumbled leaving America unscathed.

It is clear that they have the greatest cultural influence. It is also known as ‘Americanisation’ as they are able to influence through films and their culture. The effect of ‘Americanisation’ is seen through ‘Hollywood’ which is also known as the home of films and television. The effect of this influence is also recognised as in the top ten brands of the world the top eight are American brands. Therefore America has the highest economic influence, military and cultural dominance in the world thus showing how currently the world is unipolar with America as a global Hegemon.

The effects of this as mentioned earlier is that America has to act as a ‘global policeman’. America acting as a global policeman has been demonstrated on many occasions, in particular in the Gulf War in 1991 in which the US ambassador told Sidan that the USA had no option but to intervene. This is important because the idea of them having no choice but to intervene demonstrates how they are seen to have a responsibility to protect those and therefore act as a policeman. This idea of needing to protect was demonstrated in 1999 in which Bill Clinton gave a speech on his principles he hopes to enforce. He stated that ‘genocide could never be purely a domestic affair and the US should be prepared to interven’.

What this means is, the USA have made themselves involved in certain acts as they are the most powerful and influential state in the world thus making themselves as a global peacekeeping force. The influence of this speech was that it was enshrined in the UN’s responsibility to protect (R2P). Therefore it not only demonstrates how they aim to get involved in every occasion but also that they are so influential in international governing  organisations (IGOs). It is clear that they are extremely influential in IGOs as they are a member of the P5 in the UN security council adding to the influence of them being a global policeman.

Overall it is clear that America is a global Hegemon due to them clearly having the largest influence in culture, military and economy thus causing them to be the highest global power in the world. The effect of all these causes them to act as a ‘global policeman’ which is expected in unipolarity. Therefore it is clear that the current state of global politics is America being a global Hegemon and as a result of this the world is in a state of unipolarity.