Skip to content
Cranleigh School Blogs / Politics Department Blog / Global Politics / The USA is clearly in decline, but what will this mean for the international system? 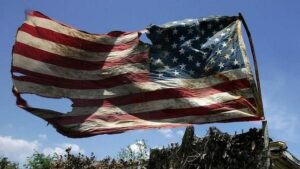 I think the world has entered a very interesting time where global crises aren’t necessarily defined by world wars or ideological clashes, which require preventive solutions. The realm of global politics has become ever more unpredictable and the crises we find ourselves in require reactive solutions- who is ever going to be able to prevent a global pandemic? Given these current circumstances, it is imperative that countries collaborate on solutions with a sense of urgency, and the agreements countries come to have to be achievable and stuck to by all. Therefore, I really would say that the distribution of power ought to be multipolar- there are certainly more than one or two states required to combat COVID, the climate or terrorism effectively.

Having said this, while the distribution of power ought to be multipolar, I can’t argue that it is. I find myself stuck between what ought to be and what is. I believe that in reality, the world is coming out the other end of a shift in where power lies. The US has dominated as Hegemon since 1991 and for a large proportion of this time it acted benevolently. It’s humanitarian interventions in the early years of its Hegemony, including The First Gulf War in 1991, Somalia in 1993, Rwanda in 1994 and Bosnia in 1995 are testament to this. However, below the surface these interventions starkly highlight the weaknesses of the USA and provide a likely explanation for why it’s power and influence has declined and allowed for the rise of another superpower, China.

Firstly, the US is very reliant on oil. Countries which can enter into trade agreements for oil with the US are not subject to the consequences enforced by the global policeman that other countries are. We see this with the invasion in Kuwait in 1991 which can neatly be excused as in the name of human rights, but in reality was about protecting precious oil supplies. This dependency on oil is something that can easily be used to strip the USA of it’s Hegemony, and in particular its supposed benevolence because it has to have it, no matter what. Therefore, the very notion of the US acting as global policeman is discredited and additionally, how can the US truly be hegemon when it is so reliant on other countries? Doesn’t this simply put power into the hands of oil supplying countries?

Secondly, this idea of the US acting in its own national interest instead of in the name of common humanity was greatly exacerbated by the Trump administration. Trump took a realist approach to his foreign policy and admittedly did act for the American interest first and foremost: his campaign slogan was ‘Make America great again’. In his time as president he withdrew the USA from the Paris Agreement in 2017 due to the significant number of jobs (6.5 million) and net sum of money it would cost the USA ($3 trillion). He also stopped the US from recognising the jurisdiction of the ICC as legitimate. These actions, while possibly benefiting the economy of the USA, didn’t do any favours for the US in terms of its hegemony because withdrawing the US from the global stage is inevitably going to have consequences for its influence on the world stage. Additionally, even pre Trump the USA was hesitant to intervene in international affairs- for example, Russia faced very little consequence for the annexation of Crimea in 2014. Wouldn’t one expect a benevolent Hegemon to take issue and combat this with repercussions, to at the very least prevent it from happening again?

This recent history of the US has culminated in it’s decline as global hegemon, and I struggle to believe that this is disagreeable. Where I struggle to draw a clear line is whether what is to come is a system of bipolarity where the USA competes with China, or whether a system of multipolarity is on the horizon with lots of different poles of power. Hopefully it is the latter, but only time will tell.