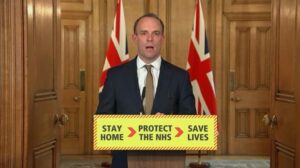 Some argue that the UK needs to reform its constitution to prevent power vacuums occurring in future to firstly, ensure stability across government. For example, when Boris Johnson was admitted into intensive care after contracting the novel coronavirus in April 2020, Johnson announced that Dominic Raab, Foreign Secretary would be in charge. Despite this somewhat clear outline of who was in charge, there is no formal system to designate who would become Prime Minister in future, but it is instead decided by the PM at the time.

This has meant that Raab found it difficult to implement policy changes/implementations, such as ramping up tests as, or chartering planes from states such as Turkey for PPE as he is not the officially elected PM of the UK and possesses no real mandate to rule. This shows that, there is need to create a formal and official line of succession for PM as, in crises such as Covid-19, decisive action needs to be taken rapidly, which cannot occur if the ‘caretaker PM’ does not even know his authority.

Secondly, the UK constitution needs to be codified to prevent future power vacuums in situations of ambiguity as to who is in charge when the PM cannot rule. For example, when Boris Johnson could not run the government due to Covid-19, Dominic Raab was appointed ‘caretaker PM,’ yet questions were asked over whether or not he could make the necessary decisions to respond to the virus quickly on his own, or with a collective Cabinet decision. Raab stated that, where there was disagreement among senior ministers, a collective decision would be made, however an unnamed Cabinet minister has insisted that Raab has not been nominated as acting PM but ‘deputise as necessary,’ meaning that roles reside with relevant Cabinet Ministers. This divide in power and opinion is not needed in circumstances such as a national crisis, and can therefore create instability amongst the government.

However, fluidity in leadership choice can enhance government stability in a way. For example, if the UK constitution was codified and an official line of succession for PM was in place, those who may be weak or not fit for the job could become PM, holding the same authority as the official Prime Minister. Through having an uncodified constitution, the official PM is able to pick who they believe would be the strongest leader in emergency situations such as during the Covid-19 crisis. Despite there being ambiguity around the power of Dominic Raab as ‘caretaker PM’ during this, he has managed to run the government without any major challenges and has made certain necessary decisions such as increasing coronavirus tests for nurses and doctors than just those hospitalised. This highlights that such a constitution is beneficial to the government as well as the wider public as the person selected would be able to make the best decisions quickly and would run strongly, with a mandate from the elected PM.

In conclusion, I do think that this crisis highlights that the UK constitution needs to be codified to ensure wide ranged unity behind an officially selected PM by law, with absolute clarity as to what powers the inherit from the PM when they do take over the office in a time of crisis.