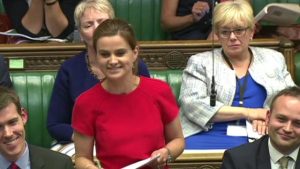 It seems appropriate on International Women’s day to focus on one of the more positive aspects of UK politics; the vast improvements that have been seen in representation at Westminster by female MPs in the past century. In 1919 there was no universal suffrage and only 1% of MPs in parliament were women. In 2019 we now have voting rights for all people over the age of 18 and over 30% of the seats in the House of Commons are occupied by women MPs.

In addition to this we also have a female Prime Minister, our second in the course of history. Whilst Theresa May’s current popularity ratings are rather poor, she has led Britain through arguably the greatest period of uncertainty since the Second World War and has been relentless in her efforts to respect the result of the 2016 referendum, trying her best to secure a deal for Britain that works in the interest of everyone. She has been consistently referred to as a ‘robot’ in the media , parodied relentlessly on social media for her dancing and has had to fight her ground in the Commons from critics no only from the opposition parties but also from her own. Whether she secures a deal or not over the next few weeks, her legacy as a fighter, willing to stay true to her values and beliefs, is something to be admired and should be rightly reflected in the history books of her time in office.

In addition to the Executive, as of 2017 the UK has also had a women in charge of the highest court in the country and the UK Judiciary. Lady Hale, Baroness of Richmond was appointed to this position in October 2017, making her the first woman to take on arguably the most important role in the country. Lady Hale’s role is to preside over the complex constitutional and appeal cases that find there way to the Supreme Court. The key role here is to ensure that the government does not overstep its powers, thus providing a vital check in our liberal democracy. Lady Hale has also been a staunch advocate for universal Human Rights and the protection of civil liberties in the UK, fighting for greater freedoms for British citizens from all backgrounds. Her courage to speak out against this and challenge the government over the rule of law should be rightly commended in a country that prides itself on being a liberal democracy.

Finally in the Legislature, among the 30% of women MPs are some truly inspirational figures from all political parties who have gone above and beyond their roles as constituent MPs to fight against injustices in the UK. Jess Philips (Lab) has worked tirelessly in her pursuit of equality in particular for the poorest citizens in her Birmingham constituency. Yvette Cooper (Lab) has been relentless in her work holding the government to account, in particular over the recent Windrush scandal in the Home Office. Luciana Berger (TIG) has had the courage to resign from the Labour party and form The Independent Group with a number of other MPs, who had been fed up of the bulling they have been subjected to by people within their own party. She has been joined by Heidi Allen, Anna Sorbury and Sarah Wolleston (CON) who have had the guts to make a stand against the policies of their own party over Brexit which they believe will be harmful to their constituents and the country. There is also the late Jo Cox (Lab), tragically murdered by a far right activist in the run up to the 2016 EU referendum simply for holding true to her values to pursue best interest of her constituents as their representative at Westminster. To quote from Jo Cox, “we are far more united and have far more in common that that which divides us”. With the UK currently split over Brexit, the rise of violent nationalism and increase in identity politics, Cox’s words could not be of more importance.

All branches of government in the UK still have a long way to go to become more diverse, as recent abuse scandals involving cabinet ministers and MPs have shown. However steps are being made in the right direction and no matter what party we support or ideology we espouse, we should take the time to celebrate the many achievements that have been made by women in the UK’s political system.