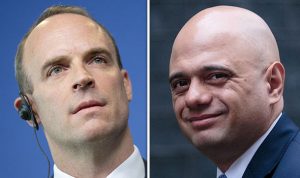 Here’s a wild and probably erroneous prediction for you: the Conservative Party will win a solid parliamentary majority at the next election which will be held before 2022, under the leadership of, probably, Sajid Javid and Dominic Raab.

Let me explain my shamelessly wishful thinking (you will doubtless have noticed that my nom de plume is that of Margaret Thatcher’s favourite political philosopher). The new-born Independent Group will take a decent chunk of moderate, non-Corbynite, pro-remain Labour voters, and possibly some Lib Dem voters too. Above all they will appeal to swing voters in the centre ground. But they will not be capable of putting together a coherent political platform because, other than the (admittedly huge) single issue of Brexit, they are ideologically disparate. Beyond wanting a second vote, Anna Soubry is a Conservative and Chuka Umunna is Labour, and once Brexit is said and done – which it certainly will be by the next election in, say, 2020 – not enough will unite them. Not only this, but unless the Independent Group takes the plunge and joins forces with the Lib Dems in the manner of the SDP-Liberal Alliance which ran in the 1987 election, they will not have a nationwide infrastructure up and running in time; and the experience of the 2017 election showed us that the ground war is as important as the air war. They can get all the headlines and TV interviews they like, but who’s going to doorstep voters for them? A few disaffected pre-Corbyn Blairite Labour activists possibly, but that’s about it. I may be wrong, and they may very well get their act together with some strong financial backers and extra-parliamentary public figures to launch something similar to President Macron’s En Marche movement in France. But En Marche was built around one man running in a presidential race, whereas the Independent Group is a smorgasbord of splitters looking for protest votes in a parliamentary electoral system that is famously tough on upstart parties (just ask Nigel Farage). It has been more than a week now since the Independent Group’s inception, and there have been no further defections from either of the main parties. Even sympathetic MPs therefore have sensed that this new splinter group is too small and has acted too late, that it will not make an electoral breakthrough, and that it will sputter and die once Brexit is done.

So Umunna and the gang will not become strong enough to win many seats, but they will be strong enough to take votes from centrists and Labour types fed up with Corbyn. So what of Corbyn’s Labour then? The argument that they are destined for power runs something like this:

Yet all this rests on shaky assumptions and, in my view, probably misinterprets the striking election result of 2017 as a groundswell of support for socialism when in fact it amounted to a remain protest vote coupled with a particularly poor Conservative campaign which Theresa May made the terrible error of trying to turn into a personal mandate by going it alone. The Tories are unlikely to make these mistakes again, and they are almost certain to bin May soon after Brexit and to put together a party unity cabinet. Next time around, the electorate will be looking far more closely at Jezza and his policies. He won’t be a plucky and dignified underdog like last time. He will be a contender for Number Ten with a manifesto that confiscates vast amounts of private property, junks Trident, and is full of sums that don’t add up. People will notice that he and his shadow cabinet are, with the exception of Starmer and Watson, pretty thick. They will compare badly on competence measures with razor sharp intellects like Gove and Javid.

And the Youthquake? Well, those millennial voters are fickle. They go with what is trending. They could easily gravitate to Chuka with his dropped consonants and tie-less down-with-the-kids manner, and to Soubry’s funky-punky hair-do. They could swallow the waffle about “a new type of politics”. Blue collar Labour voters meanwhile will be turned off by the north London identity politics of the Corbyn front bench, and they certainly don’t like people who used to hang out with the IRA’s top brass. Ardent remainers will not forgive the Labour leadership for being so ambiguous over a second referendum, so will desert them for the Lib Dems or the Independent Group. Opinion polls may not be what they were, but two years into the coalition government Labour were ten points ahead. Two years into this dog’s breakfast of a Tory government Labour are level pegging. 2017 has deluded Labour into sticking with a shadow government which is not the electoral asset that they think it is.

But the Tories themselves look hopeless, right? The argument runs like this:

Yet so close to this likely no-deal Brexit, it is striking that Sterling has not plummeted. There is no apparent capital flight (and what there has been is more likely linked to the prospect of John McDonnell in Number Eleven than to Brexit). I have no crystal ball, but Mark Carney, the Governor of the Bank of England, doesn’t have one either. When he predicts the UK economy will shrink by 8% due to Brexit, I can assure you that he does not have a clue. So I am going to predict that in fact Brexit will not seriously damage the British economy, that a no-deal scenario will in fact be a pretty soft landing by which tariffs and regulations and all those things get worked out in a gradualist way rather than by shock therapy. We are probably overdue a recession, and when this happens largely for the usual credit-cycle, non-Brexit reasons, it will doubtless be blamed on Brexit. But even so, all that apocalyptic talk of insulin running out and millions of jobs being axed is going to make remainers look like Project Fear II. And that will return some trust to the Tory brand.

If this turns out to be the scenario (and it’s quite a big if, I’ll admit), then the Tories will be the party that honoured the referendum result, and delivered on a promise. They might even come up smelling of roses if something like an Italian sovereign debt default triggers another round of the Euro crisis, and Joe Public in the UK mutters “thank goodness we’re out of it”. May will dutifully fall before she is pushed, but not before she has whipped through the legislation necessary to enact the recommendations of the Boundary Commission’s review, that Westminster parliamentary constituencies be adjusted and evened out to reflect the north-to-south and urban-to-rural demographic drift. This will mean more safe seats in Conservative heartlands and fewer in Labour’s strongholds. With May booted upstairs to the Lords and Rees-Mogg taking a gentlemanly back seat once more, the likes of Javid, Raab, Greening et al will take command of the party. They will be once more united through the completion of Brexit and by the threat of the Corbynistas, and they will be ready to take advantage of an opposition that has split over something deeper than Brexit – the age-old divisions within the ranks of the socialists.

This Conservative leadership will introduce radical policies that appeal to the middle ground, very likely including Javid’s idea of massive government intervention to smash the housebuilders’ cartel and launch a government-driven supply side revolution in residential construction – betting the house on home-owning democracy is a classic Tory strategy. George Osborne’s Northern Powerhouse concept may be resurrected to rebalance Britain and exploit Labour’s divisions with an electoral pitch to the good folk of Yorkshire and Lancashire. Aspirant blue collar voters might be persuaded. Swing voters and ethnic minorities often turned off by the perceived Conservative nativist streak will notice Javid sitting on the front bench. The UKIP defectors will return. Traditional Tory voters won’t stay at home on polling day with Corbyn in the wings. Cameron may even announce a come-back. At the height of their honeymoon period they will challenge Labour to an election on a day when the students are all away at some grungy festival, and Her Majesty’s Loyal Opposition will feel compelled to take up the challenge. Then we’ll see what happens…