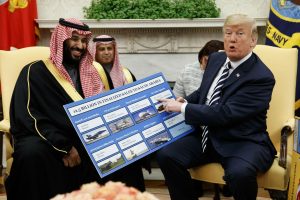 I think when looking at human rights one shouldn’t look at it from a global perspective but from a narrow approach looking at individual nation states. This idea of the western way is the best way shouldn’t dictate how other countries implement their forms of Human rights. Therefore I believe that it is important just to focus on western human rights as quite frankly for countries such as Saudi Arabia their form of human rights is completely different and they have every right to make them different, as a sovereign state they have the ability to determine what peoples rights are for their sovereign territory.

Therefore looking at the nation states who should hold human rights within accordance of the likes of the European Convention on Human Rights and UN Declaration of Human Rights, they are not providing adequate protection of human rights to the standards which these bodies expect. America’s horrific behaviour with prisoners in Iraq and the maintenance of Guantanamo Bay do violate UN articles (which they optionally have signed up to), therefore making the USA just as bad as some of the countries that it likes to criticize.

Alongside this, take Britain, one of the most advanced liberal democracies and an advocate of human rights. We are currently directly funding the abuses pf human rights with out£3.3 billion annual trade in arms to Saudi Arabia, who use our weapons to support a military campaign against Yemen which has lead to the dearth of thousands of civilians. Surely this is a clear sign of double standards in the human rights debate?