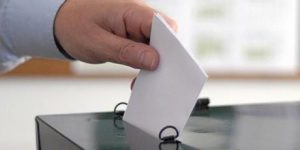 I roundly support Nick P’s excellent blog post in support of our Westminster First Past the Post electoral system. I urge you to read his excellent defence of a system often derided as unfair by, unsurprisingly, those who lose by it. Its simplicity, transparency and decisiveness are very effectively commended. He also makes the very important point that no part of our constitution ought to change unless there is overwhelming and long-lasting demand for it. This is the case for our electoral system. The debate may excite Liberal Democrat policy wonks with social sciences degrees, but Joe Public isn’t interested. If it’s not necessary to change, it is necessary not to change.

This last sentence is a core conservative mantra. Change ought only to happen if urgently necessary. Altering our electoral system would have unforeseen and potentially destabilising effects on the rest of our constitution, which the reform had not been intended to bring about. Of course I have no crystal ball, but let me speculate what two of these changes might be.

Firstly, it might cryogenically preserve and entrench political parties in a way that prevents adaptive change. Any system based wholly or partly on a party list – the Alternative Member System used in Scotland for example – would embed the power of party over candidate, and give voters a choice not of people but of banners. We ought to remember that party politics only emerged in the late 19th century in anything like the institutionalised way it now exists. If we moved our elections towards a system which pre-supposes both the existence and dominance of parties as a permanent feature, we would entrench this system. This would have the consequence of blocking independents, or preventing any possible move actually away from parties which, given the march of modern social media technology and the democratisation of political discourse, may yet be the path of travel of 21st Century politics.

Secondly, and far more predictably, the party system itself would drastically alter. Those who advocate more proportional systems imagine “fairness” when, say, the Liberal Democrats or Greens get more seats. They can reasonably point to the way that AMS prevents total domination of the Scottish Parliament by the SNP. They decry the long-standing dominance of the two major parties in the UK at large. These are valid points of course, but they assume that this very configuration in parties would survive a change of system. Far more likely would be, long-run, a radical fracturing of the party system into smaller factions once the incentive for ideologically broad parties is eroded or removed entirely by a proportional voting system. Currently, our Conservative Party is in fact a quite broad coalition between what can be recognisably characterised as One Nation and New Right Conservatives. In time, a proportional system would probably create a One Nation Party and a New Right Party. As for Labour, Corbynite Social Democrats and Blairite Neo-revisionists have such different views on the role of the state that eventually they two would be likely to fracture in the same way, knowing that in a proportional system this would not be electoral suicide.

Even the Liberal Democrats have their own internal fissures between so-called “Orange Book” free-market classical liberals and big-state modern liberals. Who is to say that they too would not split? Famously, the Greens are divided between so-called Watermelons and Mangos – those who are green on the outside but red on the inside (socialists who see capitalism as the enemy of the environment), and green on the outside but yellow on the inside (liberals who regard capitalism as the potential saviour of the environment). Without a majoritarian First Past the Post voting system that punishes party splinters and splits, we could end up with far more parties with much narrower ideological bases.

Yet would this be a bad thing? It is easy to argue that it would supply voters with greater choice, particularly given that many proportional systems also actively encourage or even require more than one candidate to receive a vote. It might create parties that were closer to individual’s specific beliefs. Doubtless it would of course be “fairer” at representing all views.

But this is to assume that choice and “fairness” are important and good for democracy. They are not. To start with, I don’t want fairness for more extreme parties. The rise of communism and fascism in Germany and Italy within very proportional voting systems needs little introduction. In our system these tendencies were, in the same epoch, either side-lined into ineffective street politics or absorbed into the larger umbrella parties of the Tories and Labour. Do not for a second suppose that such extremist parties could not have arisen and contested power in Britain in the same era simply because the British don’t do that sort of thing. Of course Germany was going through the pain of defeat, but Italy had won the war as had France which was ravaged at the same time by parliamentary communism. Politics may be different these days, but it is hardly a coincidence that the dangerous and inept parties on the extremes of left and right across the continent have arisen within proportional systems and are now in power or on the cusp of it.

I also regard “choice” and “fairness” as the enemies of legitimacy, accountability, and effective government. Again I can cite the shambles of the Weimar Republic or the French Third and Fourth Republics, or just say one word: Italy. If our electoral pie chart – which currently has two great big slices of red and blue and a couple of yellow slithers – were to be comprised of an array of much smaller coloured slices, and if coalition government were to become a permanent feature, then whose manifesto gets delivered? Who is held to account? Where is the public input and approval into the back-room coalition negotiation? Where is the clear channel from election to legitimacy? Our current party system gives us pre-packaged, established and institutionalised ideological coalitions with clear programmes for government that have at least a chance of being delivered decisively and effectively in the public interest.

And yet, some may say, surely permanent coalition would bring about a more consensual style of politics, more mature debate and compromise. People point to the regular stead-Eddy coalitions of German post-war history as an example. But these were peculiar circumstances in which extreme parties had for obvious reasons been entirely discredited and there was broad national consensus on rebuilding Germany. Far more typical are the squabbling and shaky coalitions we see today and throughout 20th Century history in other European states, which mismanage their affairs and degrade public trust in democracy. The intelligent fools who say that somehow, with a different voting system and a more diverse choice of parties and coalition government, the tone of politics would change into a sort of enlightened Socratic debating society are thinking of a different species.

But then people who think that you can rationally re-design constitutions when there is no pressing demand always are intelligent fools; or, as they’re officially known, Liberal Democrats.