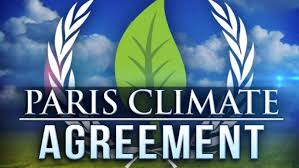 Many environmentalists believe that globalisation is causing an  increase in global warming. This is because with more interconnectedness and thus more global demand there has been an increase in production, especially in developing countries, these therefore leads to greenhouse gases being omitted. For example China has increased rapidly and now has the largest economy in the world due to its extortionate amount of exporting. However de-globalisation, with is current trend (such as Brexit and Donald Trump) could actually be worse for the environment.

Globalisation as we have known it has significantly triggered environmentally friendly technology and agreements. On a technological basis the innovative ideas can be passed around from one country to another. For example the eco-friendly exhaust system and electric cars omit less fuels or no fuels at all in terms of the electric cars such as the Nissan Leaf. Therefore they are more environmentally beneficial. The multinational corporations of less developed countries can adopt the clean ‘state-of-the-art’ technologies. Therefore their greenhouse gas emissions will decrease. This is only possible with globalisation to a certain extent by allowing free movement or easy access of goods access from one country to another. De-globalisation would not allow for this as it would put this system in reverse. Moreover, intense de-globalisation would mean that all countries would have to produce their own goods and services, therefore comparatively the world would be producing a lot more than before. Some countries, such as UN and China have weaker environmental standards than other countries such as the UK and France.

Treaties and platforms has allowed for more international awareness of the issues brought about by globalisation. For example, the ocean cleanup has been globalised, with the likes of the UK helping less developed countries to clean up beaches in and prevent rubbish going into the sea. Consumers are constantly searching for free trade and eco-labels in order to be environmentally friendly on an individual level. Agreements such as the Paris Climate Agreement has allowed countries to follow strict guidelines on the amount of emissions they are allowed and, despite the US not taking part, many companies still follow the guideline set, an example for the individual awareness threat has been raised globally. China, once a significant abuser of the environment, has now become one of the best on environmental issues. In 2017 China shut down tens of thousands of factories purely because for the fact they were not meeting the standards set.