Skip to content
Cranleigh School Blogs / Politics Department Blog / UK Politics / Is there any point in having a ‘constitutional monarchy’ if the monarch doesn’t really have any power? 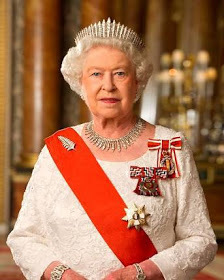 I believe that there is point in having a ‘constitutional monarchy’,  as the monarch forms a vital part of British culture and heritage. The monarchy is often called expensive, however the monarchy nets in a large amount of capital via tourism, as foreigners wish to experience the British heritage. Secondly, in times of political hardship, blame is set upon the politicians and the monarchy retains order by being a concrete figure, seemingly without fault. This reassures people, as even though the monarch retains little power, she is still seen as a great figure, that inspires patriotism in the hearts of the people (think back to the many that celebrated the queens golden jubilee or the royal wedding). If we were to replace the monarch, we would have to ask ourselves, what would we replace the monarch with? An elected and therefore political head of state would be sure to upset at least one large proportion of the general census, a lot more than an uncontroversial one who is above politics.

The monarchy does still retain certain ‘rights’ for example she has three rights: the right to be consulted by parliament, to encourage certain courses of action, and to warn against others. However, the Queen has many duties that she performs conventionally, such as constitutional arbitration and she also has various powers. These together are important, as it makes up our constitution and satisfies the so called royalists (or people who want the monarchy) and shouldn’t serve to irritate the people who are against the monarchy, as she doesn’t bring about massive change due to nearly all decisions being made by parliament. If the Queen was to use her constitutional powers to effect the decisions made by parliament, Britain could and should consider becoming a republic, however if she doesn’t then there is no harm in having a monarchy.

Overall, I believe that there is point in having a Queen, mainly because she is an important national figure who is recognised as the face of our country and serves to bring in capital. The Queen is also stabilising in times of hardship and does not get overly involved in political matters, meaning our government is able to run freely with the fluidity provided by our uncodified constitution.