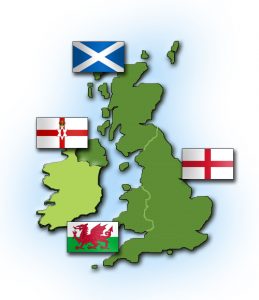 Parliamentary sovereignty is a principle of the UK constitution and is ultimately the description of to what extent the Parliament of the United Kingdom does have absolute control and unlimited power in its country.

The question therefore is posed, how much of this control does the UK actually have? Some of this sovereignty was been taken away from the UK as it joined the EC (European Economic Community) in 1973. This therefore, meant that the UK became subject to the body of European laws and treaties. These laws, consequently, took precedence over the UK laws ones meaning that they didn’t have as much authority and emphasised the weak sovereignty that the UK Parliament now had. Furthermore, the precedence of the EU laws has been extended over the UK due to the increasing use of qualified majority voting and the creation of a ‘Common Foreign and Security Policy’ and ‘Justice and Home Affairs Policy’. This meant that the EU decisions had even further control over the UK ones, once more weakening the overall UK political sovereignty.

Another reason to why the UK Parliament isn’t sovereign is due to the idea of Devolution. The transfer of power from Westminster to other nation wide governments means that the UK Parliament  isn’t as sovereign having their power distributed across the country. An example being that Scottish and Welsh university students don’t have to pay for their tuition, and the Northern Ireland Assembly has put its foot down on individual rights by creations their own ‘Single Equality Act’. Much of these laws are different to the laws in the UK. This therefore shows that the Parliament isn’t entirely sovereign as it has different laws in different regions that either contradict or entirely undermine each other.

To conclude, due to a myriad of reasons the Parliament of the United Kingdom does not seem to be as sovereign as some individuals are led to presume. The devolution of powers across the nation and the European laws clearly undermine a huge load of sovereignty and strip the UK from its core authority and laws.