Skip to content
Cranleigh School Blogs / Politics Department Blog / van Hasselt Award / Reflections on events in Afghanistan. “What will the Taliban’s return to power in Afghanistan mean for the USA and the world?” – Senior Runner Up 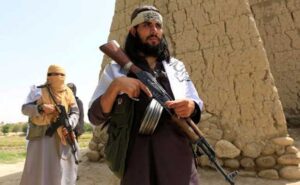 Following the terrorist attacks of 9/11, then-President George W. Bush announced a ‘War on Terror’. He told other nations “Either you are with us or you are with the terrorists”, and swore to stamp out not just Al Qaeda but all terrorist organisations. On October 7th that same year the UK and US launched airstrikes in Afghanistan, home of the Taliban and Al Qaeda, and by the 19th Britain, Turkey, Germany, Italy, The Netherlands, France and Poland had announced they would deploy troops in Afghanistan. 20 years on, in which 111,000 civilians have been killed and the US alone has spent $104.5 billion, Afghanistan is almost back to square one under Taliban rule. The international perception is that the Taliban’s return will be catastrophic for the country, but how will it affect the rest of the world?

First, let’s consider the impact on the biggest player in this game, the US. For a start, the evacuation of troops has been embarrassing. The end of the US occupation was announced on April 14th this year, and the deadline for withdrawing nearly 3,500 troops was set for the 20th anniversary of the 9/11 attacks. This prompted many other NATO countries to follow. The evacuation was completed in late August, and against expectations the Taliban regained control within a week. Haste makes waste, and perhaps if President Biden had planned a more organised evacuation the Taliban may not have come to power so quickly. America also left behind military equipment worth around $85 billion, nearly four times the budget of the Polish Ministry of Defence. This has raised international concerns about the potential increase in terrorist attacks across the world, as the weapons could either be sold on the black market, or used by the Taliban themselves. Again, it is embarrassing that all this equipment was practically handed to a terrorist organisation, and demonstrates a severe lack of planning. The rapid evacuation of Afghanistan had already been assessed under the Trump administration as a potential trigger of a civil war, a humanitarian crisis and a new wave of refugees. As we have seen, the latter two have come true. Biden’s approval rating dropped from 60% to 46% after he announced and carried out his plan.

The US may be embarrassed and worried for the future, but how will other countries be affected by the takeover? China has economic interests in Afghanistan, such as building projects and mining the country’s mineral deposits. Because of this, the Chinese government has reversed their position and are seeking closer ties with the Taliban. However, they have expressed concerns that the Taliban’s takeover could fuel further Islamic Extremism in the region. For example, The East Turkestan Islamic Movement which was founded by an exiled Uyghur aims to establish an independent state replacing the Chinese region of Xinjiang. This group has been classified as a terrorist organisation in the past, and they have very close ties with the Taliban. Now the Taliban are in power, this means the ETIM may be further supported. How large this problem will be remains to be seen, but any threats could be exaggerated and used by China to justify clamping down on Uyghurs in Xinjiang and Afghanistan, a decision they have already been sanctioned and criticized for.

Russia has a long history with Afghanistan, and they may see the US withdrawal as an opportunity to expand their influence, not just in Afghanistan but in other Central Asian Countries. Their main interests are strengthening institutions such as the Eurasian Economic Union, promoting security and military cooperation and investing in the energy and gas sectors. However, Russia is still concerned that the Taliban’s control may lead to instability in these countries. The Taliban has been recognised as a terrorist organization by Russia since 2003, but they have opted not to evacuate their embassy staff, and delegates met with Taliban officials shortly after they captured Kabul. In their public statements they have taken a pragmatic stand, and have not ruled out making contracts with the Taliban, “as regards our further official steps regarding the Taliban, we will determine them while proceeding from concrete developments and the Taliban’s specific actions.”

In conclusion, the Taliban’s return to control will be felt all across the world in different degrees. Although they have promised to rule differently from their previous time in power from 1996-2001, I think gradually it will revert back to how it was before. We are already seeing history repeating itself, with men and women being segregated in universities and women being forced to wear black burkas. We may not be in this situation if the West had planned the evacuation better, but what’s done is done, and now all we can do is wait to see what will happen next.