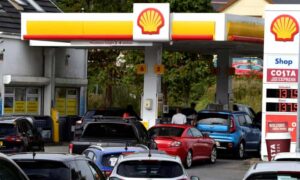 It has been impossible to ignore the recent crisis around filling stations over the last week and many are trying to decide who is at fault for this national disaster. There were news stories issued by the likes of the Guardian and The Telegraph that began to emerge on the 22 of September that warned of a potential shortage due to backlogs on drivers acquiring driving licenses (due to the DVLA shutting over lockdowns) to deliver the petrol and diesel to the petrol stations across the UK. Another cause of the shortage of drivers is the effects that Brexit has had on European drivers that would have usually come to the UK to work. Brexit has restricted their movement and has therefore dramatically decreased the workforce in this area as well as others.

Many have been very quick to blame the UK Government and namely Boris Johnson for this crisis. Claiming that he should have made provisions for this and that the fuel shortages are a prime example of why Brexit should not have gone ahead. In reality it has become clear that the current Conservative Party are not to blame. The things that the public are seeing the most are the extensive queues outside the petrol stations that have slowed down the whole country. Contrary to popular belief these queues are not a result of a lack of fuel but more a result of people rushing to the stations to panic buy fuel. We saw a similar instance of this during the COVID-19 lockdown, in which there was not an actual issue with the amount of food but more people’s fear of a shortage driving a ridiculous panic buying culture.

Because of this erratic rush to fill up the stations have often been in use during all of their opening hours, this naturally means that they are going to run out of fuel. These service stations are not designed to be running at full capacity 24/7. Because the stocks are being used so quickly even with a normal amount of drivers active it would be difficult to keep all of the different filling points full at all times. This, coupled with the driver shortage, has spelt disaster for the country and in lots of areas has meant the progress of the UK has ground to a halt.

The labour leader Keir Starmer has been quick to jump on the bandwagon saying, “Doesn’t that just tell you everything about this government? Ignoring the problem, blaming someone else, then coming up with a half-baked solution” in an attempt to rile up a rebellion against the tories in the desperate hope to save his party from its pitiful downfall in support.

The Prime Minister, however, is not completely free of fault. He, as well as other cabinet ministers, have decided to open up the Immigration of EU based drivers to come to the UK until Christmas. This appears to most as a Brexit U-turn as it essentially renders it pointless. By showing the world how easy it is for the Government to revoke key Brexit terms it has made people question the sturdiness of the deal and additionally the Government as a whole.