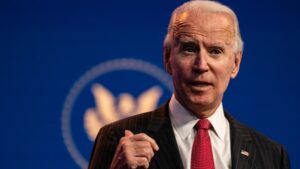 “I sought this office to restore the soul of America”.  “To make America respected around the world again and to unite us here at home”.

These were the words from Joe Biden’s first speech as President-Elect of the United States of America, and most countries around the globe exhaled a sigh of relief.

After four chaotic and unpredictable years of President Trump’s reign where he abandoned multilateralism and opted for an “America First” policy, the majority of countries rejoiced at the thought of the United States of America becoming a strong leader of the free world again. Europe, in particular, is hoping for America to rejoin the Paris Climate Agreement and other nations are hoping for the same with the World Trade Organisation and World Health Organisation. Of course, not all nations were happy with the result. Some Middle-Eastern countries, including the UAE, were betting on a second Trump administration. This is due to Trump’s tough attitude towards Iran and his successes in forming closer alliances between Israel and the Gulf countries.

One also wonders how Boris Johnson felt the morning after the election. Johnson, who has been a close ally of Trump, was anticipating that this “special relationship” could aid Britain after their exit from the European Union. However, with Biden’s strong Irish roots, it looks as though he will take the side of Ireland rather than Britain in the continuing saga of the Northern Irish border and future trade deal with the European Union. This may prove a dilemma for Johnson as he tries to restore Britain’s relationship with Europe and the United States.

Domestically, the United States remains bitterly divided. Despite a huge, successful victory for Biden winning the popular vote by over 6 million more, 73 million Americans also voted for President Trump and still have huge distrust of Washington and other political institutions. This is reflected in their actions and opinions illustrated towards science, climate change, racism, sexism and Covid 19. Trump has been able to inspire and strike a chord amongst predominantly white middle-aged men from rural areas that feel let down by the system. Biden’s supporters tend to come from urban areas in which there is more diversification of different cultures.

Despite Biden’s resounding victory, the republicans had a very good election to the congress and they managed to narrow the gap in the House of Representatives, and it looks likely that they will hold on to the majority of seats in the Senate, which could prove an uphill struggle for the Biden administration. A lot is depending on the Senate election in the state of Georgia which is up for grabs in early January. If the democrats manage to win the two remaining seats – although unlikely- it will mean a tie in the senate with the vice president casting the decisive vote. Failing that, Biden’s administration will find it very difficult to pass any legislation and to deliver a large part of his agenda due to fierce Republican opposition.

Another big challenge for Biden is the division within the democratic party itself. This includes congresswoman Alexandria Ocasio-Cortez and other members of Congress with similar views that  tend to pursue more left wing policies. This could result in conflict within the democratic party and Biden will need to cater for all sides. Since it’s very likely that he will be a one-term president, this in turn will make it very difficult for him to meet these challenges and pursue his agenda during his four year tenure.

For all of the above, democracy is alive and well in the United States. This has been shown by the highest turn-out of voters in the history of American elections with no visible signs of political interference from other foreign nations and even during the most turbulent year of Covid 19. Both campaigns have stated that every vote should be counted, and it was. Members of Trump’s own administration called it “the most secure in modern history” with “no evidence” of any votes being tampered with or ‘in any way compromised’. In spite of Trump’s claim of illegal votes and his numerous attempts to file legal claims against voter fraud, the judicial system prevailed – even those dominated by Republicans and Trump’s own appointees. He has tried unsuccessfully to sow the seeds of distrust and has not conceded the election which is the tradition of the out-going President even though Biden won decisively in both the popular vote and the battleground states.

However on 12pm January 20th, Joe Biden will become the 46th President of the United States and one can say that the American institutions have prevailed and that democracy has been strengthened by this election.