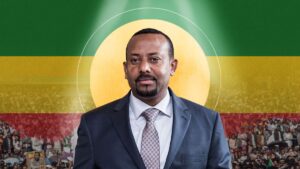 Driven by tensions that stem from the Tigray region’s holding of illegitimate elections in the eyes of the Ethiopian government, something far darker has begun to emerge from the shadows. On November 9th, a massacre of more than 600 non-Tigrayans was carried out in the region by what is believed to be the Tigrayan People’s Liberation Front (TPLF), which was followed by an ultimatum from the Ethiopian Prime Minister Abiy Ahmed on November 22nd. This ultimatum gave the Tigrayan forces 72 hours to surrender or face a full-scale military offensive to take Mekelle, the region’s capital. That ultimatum was honoured and Ethiopia has been plunged into a civil war.  Africa’s second most populated country may soon have a very severe disaster on their hands.

Just a day before Abiy’s ultimatum was issued, the Ethiopian army was extremely explicit in firing a warning at the citizens of Mekelle, suggesting that they would have “no mercy” and that they should “save themselves”. Such an approach is better understood when Ethiopia’s ethnic tensions are analysed, as the complex mosaic of ethnicities that exists means that hostilities between different groups have vast potential to spark more severe episodes of conflict. The potential for widespread backlash across the whole nation in response to the massacre of the 9th November is growing increasingly greater, with these fears epitomised by the fleeing of over 30,000 Ethiopians across the border to Sudan in the space of just three weeks. Despite claims from Abiy Ahmed that “not a single civilian” has been killed, the Red Cross has suggested that body bags are running “dangerously low”, highlighting how intent Ethiopia is on covering up any atrocities that may occur.

Ironically Abiy is a Nobel Peace Prize winner for his reconciliation efforts with Eritrea.  However his efforts to hold the country together have been anything but peaceful. In 2017 50,000 people were cleansed out of the region that borders the Oromia and the Somali regions by Oromo extremists, who form part of the largest ethnic group in the nation. In the same year, nearly 1,000 Oromos and Somalis were killed as a result of tribal border conflicts in the southeast, with these events simply serving to reinforce the pattern of ethnic disruption that has plagued the state for so many years. The Prime Minister himself is half Oromo, half Amhara (the two largest ethnicities), potentially serving to explain his hardline tactics towards minority groups. It seems as though he is fairly intent on disrupting the balance to a further extent, raising genuine concerns as to the future of the state of Ethiopia.

Ethiopia is no stranger to civil war, as the culmination of the previous one in 1991 was what prompted the establishment of the current coalition government.   However, it seems as though there may be little that can be done to prevent the emergence of another episode of bloodshed. The horror film of 2020 is far from over yet and Ethiopia seems to be its next victim. The theme of the decline of democracy has also struck yet again, as recent conflicts have prompted the incumbent administration to reverse their promise of holding democratic elections this year, as well as refilling the prisons with the same political prisoners that had been freed just two years previously. The situation is declining rapidly, full scale civil war is growing increasingly likely and another ethnic massacre may be placed onto the global conscience. More lives are set to be claimed adding to the already horrific global death toll that will be the sad legacy of 2020.