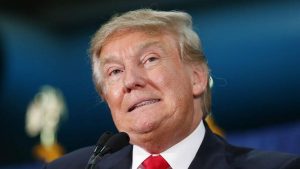 When the Coronavirus first broke out many suggested that although it could be bad it would be detrimental to poorer countries who didn’t have the resources to combat the pandemic. The US is an example that says otherwise, the US is the wealthiest country on the planet when amounting to total GDP and has some of the highest levels of living standards on the panet. However, the US was burdened with an incapable leader who failed the great nation by combating the Covid 19 outbreak and eventual pandemic, with pure ignorance and obtuseness by disregarding numerous warning about it’s fatality and selecting political survivability over the lives of the citizens he swore to protect.

The Trump administration seemed to make all the wrong decisions and in particular at the start of the outbreak, even though his own economic advisor Peter Navarro suggested shutting the border with China on January 29th or else serious lives could be lost if a pandemic did indeed strike the US, but Trump instead chose to downplay it. Nevertheless, Trump eventually did shut the border but it was too late, as an estimated 380,000 people had already entered the country from China in the month before the president decided to restrict flights. Some might state that the number of cases had been suppressed by the Chinese at the time so an educated decision couldn’t be made. However, we saw countries at that very instance shutting all flights from China to prevent the spread like Austria, Canada and Germany. The Trump administration also spent valuable time attempting to prevent the virus from entering the country when it was inevitable and he should have been focused on quarantine instead. The Trump administration also failed to calculate were the number of cases could lead to, as when the known cases were only in the couple hundreds at first it failed to alarm the administration to do anything but once the numbers reached 10,000 that’s when the US took action, but at that point it was too late as 10,000 in 3 days turned into 20,000 and so on. Therefore it was clear that the US was facing a significant problem.

Trump initially sought to find an American test system as even though Germany had created a diagnostic test, Trump refused to use it as it did not comply with US standards, this decision according to the WHO set the US back 1 month in testing ability. Nevertheless, some would simply criticize the American infrastructure for not having a reliable agency able to combat a pandemic. However, this would be largely false as in 2014 Barack Obama had actually created a pandemic response team. Although, when Trump got elected and appointed John Bolton as head of the NSC, the pandemic response team was reorganized and its leader resigned after it was disbanded from the White House. This may have not been a direct decision made by Trump but it did comply with his agenda to root out all policies Obama had implemented.

Trump however, wasn’t only too busy antagonizing the leaders of the WHO and of other nations, he engaged in a clash with the CDC. This was due to the fact that he failed to turn up to a CDC briefing which was going to inform him of the CDC announcing how Covid 19 will eventually change the US. This led to huge ramifications, the stock market dropped one thousand points as the CDC announced the social distancing and stay at home orders would be implemented. Trump was furious as his incredible economic boom was looking like it was about to end. Trump then refused to meet with them and ignored the CDCs recommendations on social distancing, and the taskforce the CDC had created to fight the pandemic had it’s top officials removed and replaced by Vice President Pence. Trump then stated about Pence: “He’s got a certain talent for this.” when referring to Pence’s Health Policies. However, this was a highly ill informed decision by Trump as Pence had been heavily criticized for his health policies he had laid down in Indiana as governor. Not Only did Pence slash the state’s health budget but he also repeatedly questioned scientific advice on the HIV crisis. This highlights Trump’s complete disregard for the information which is provided by health officials and scientific researchers.

When it seemed that Trump then couldn’t make any worse decisions, he went on a warpath as he  spent the entire month of February politicizing the coronavirus and downplaying it’s catastrophic potential, by blaming democratic leaders for exaggerating its ability to cause serious damage to the people and to his treasured economy. This was quoted by Dr Morrison at the Global Health Policy centre:

Here Dr Morrison clearly suggests Trump is using the coronavirus outbreak as a platform for his re-election in autumn, this decision highlights his inability to prioritise and made sound decisions in times of crisis. However, what was most shocking was how he decided to supply the testing equipment for each state, and he did this by simply not supplying the states. This could be seen in March where the US was already seeing a shortage in testing equipment and Trump left it to each state to find the resources it needed to combat the outbreak. This would be the ultimate indication that Covid 19 would lead to a pandemic as there was no way for Americans to acquire tests, and for experts to make any estimation on the true magnitude of the pandemic. However, the true magnitude was later revealed through it’s deaths. At the time of this writing 123,000 deaths have been recorded by the virus, but Columbia university made a study stating that if a stay at home order had been implemented at the end of February, it would have prevented 83% of all deaths.

Tough times often define a president’s time in office as they determine whether or not he could handle the extreme difficulties that come with the job, Trump during the Covid 19 pandemic clearly proved his incompetence as a leader and therefore as president of the US, by disregarding the threat the outbreak posed from the beginning by prioritising political gain over the welfare of his people, confirming that as president he indeed failed the United States of America.