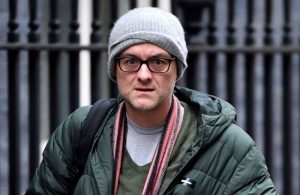 At the end of March, Dominic Cummings, special advisor to the Prime Minister Boris Johnson, travelled 260 miles from London to Durham. Whilst in Durham, Cummings confirmed that he made a 60 mile round trip on the 12th April (his Wife’s Birthday) to the beauty spot Barnard castle. He has claimed that he traveled to Durham because he and his wife both had Covid-19 symptoms and needed to be able to have his parents look after their son if they fell ill. He also excused the trip to Barnard Castle by saying it was to test his eyesight for the journey back home. This scandal has caused huge uproar across the country because it seems to be a huge breach of the lockdown rules, which at the time were in full force and clearly stated to make no unnecessary trips to stay in second homes or to visit beauty spots. It further angered people because Cummings has been described as the mastermind behind the UKs lockdown policies, yet he clearly thought the rules did not apply to him.

Cummings should be sacked and in fact, he should have resigned as soon as his actions came to light. The main reason for this is because he simply broke the rules! At the time of Cumming’s trips, the Coronavirus bill clearly stated that no unnecessary trips should be made, and this was an unnecessary trip. Thousands of people across the UK have struggled with trying to find childcare whilst they/ their partners are ill or still having to travel to work, but have they decided to travel the best part of 300 miles to get it? No.

Furthermore, is it not slightly senseless to travel to your elderly parents when you yourself have Covid symptoms? Was Cummings not concerned with the health of his parents at all?  They may have practised Social Distancing to the best of their ability when together, but the risk could have been completely eliminated if Cummings had not made the journey.

In addition, the clause in the Coronavirus bill that Cummings is using to get away with this in the name of childcare is a clause put in place so that people, in particular young girls, can escape abusive households without breaking the lockdown rules. With this scandal aside, why is a man who willingly exploits the rules put in place for people being abused for his own benefits a special advisor of the Prime Minister?

Moreover, the trip to Barnard Castle coincidentally was on his wife’s birthday and Easter Sunday. Either Cumming’s wife risked her life on her birthday by getting in a car with a driver who didn’t know if his eyesight was ok, or they just fancied a nice trip for her Birthday. I, along with most of the UK think it’s the latter. People aren’t able to attend the funerals of their loved ones at this time, but he is able to make an unnecessary trip to check his eyesight (i.e. for his wife’s birthday)? By telling such a blatant lie directly to the media, he is further proving our case that he is untrustworthy and should not have any influence at Number 10.

My final reason for believing that Cummings should not only be sacked, but should have resigned himself, is that by not resigning, it is massively selfish. The scandal broke out just as the relaxation of the lockdown rules was announced and as you would expect, many people adopted the mindset ‘well if the PMs best mate can break the rules, so can I’. Hundreds of people were seen meeting in commons in large groups and not necessarily practising social distancing. It is clear that the only way to prohibit people from following in Cummings footsteps, and thus help to prevent a second wave,  is to punish Cummings, but this has not happened and as a result, the R rate could rise above one at any time, causing the government to crack down on lockdown the same way they did in March, exacerbating the devastating economic effects.