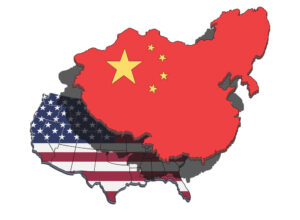 Covid-19. A virus of such magnitude never witnessed in contemporary society before. Originating in a small wet-market in the Wuhan district of Eastern China, yet sweeping throughout the far corners of the world, the virus has left and continues to leave its toll on nations across the world. As French President Emmanuel Macron described it as a ‘war against an invisible enemy,’ this adversary which has no borders, no limits, riding roughshod over communities, poses the most significant risk to world order in modern day peace-time. Like when the British, Americans and French carved up the Middle East into Spheres of Influence post WW1, this pandemic will leave us with the underlying question, will there be a shift in the current balance of power on a global scale and who will come out on top?

Callous yet verisimilitude, we as a liberal democratic nation may finally see the beauty of an authoritarian regime in global politics. The Communist Party of China has been able to rapidly mobilise its almost 1.4 billion people into lockdown, with mass surveillance playing a fundamental role in maintaining such regulations to minimise the spread of the virus. This “Herculean effort” as presented by many Westminster politicians appears to have been a rather small effort for China. A state with the largest population of any country worldwide appears to have had a huge success in diminishing the pandemic, suffering only 4642 deaths and just over 84,000 confirmed cases. Last week, Wuhan, the origin of the virus announced that it was ending quarantine and was returning back to normality.

These statistics are radically contrary to the USA who have been hardest hit by the coronavirus. With a population not even a quarter to that of China’s, the US has amassed a total of over 47,000 deaths and counting, as well as almost 1 million cases. It’s efforts of combating the deadly disease have been enormously hindered by US President Donald Trump who has been tweeting about numerous US states to be “Liberated” and avoid the advised lock-down, in an attempt to counter the plummeting economic situation. Unemployment has reached a record high with over 20 million people applying for employment benefits and the US stock market saw its worst fall since 1987 on 1st April with the Dow Jones Index falling 24.1%. Simultaneously, China’s Shanghai Composite Index appears to have grown by 6.94% from March to April. This clear divide of economic prosperity vs collapse will be a defining element when the US returns to normal with China likely having the economic top spot in the world.

The UK has also experienced huge social, political and economic suffering since the pandemic first reached the state on January 29 with a total number of deaths in hospitals surpassing 18,000 as well as over 133,000 confirmed cases. The UK’s initial approach of herd immunity was immensely scrutinised by both scientific experts and the wider public until the government made a U-turn on the strategy after a report by scientists from Imperial College London who are advising the government found that if such an approach remained, up to half a million people would die. This lost the UK five weeks of preparation time which could have been used to fast track PPE supplies, and initiation of lockdown. This week the World Health Organisation (WHO) also found evidence that the antibodies that remained after recovery may not be powerful enough to stop someone contracting coronavirus again. Additionally, business in Parliament has been suspended for over a month with Prime Minister Boris Johnson only just recovering in intensive care after contracting Covid-19. The economic situation has also reached record lows with the FTSE 100 plummeting by 30%, the biggest fall since records began.

The EU may also experience a great shakeup with freedom of movement of people as a policy in the Single Market, helping to spread the virus throughout Europe which has torn through the lives and economies of already struggling nations such as Italy and Spain, who rely on tourism substantially yet remain in lockdown indefinitely.

Once the globe has been ridden of this pandemic, a new world order may arise, with the degradation of multipolarity of the US, EU and China, to the unipolarity of China, who seem to be coming out from the situation vastly better than the rest of the world.