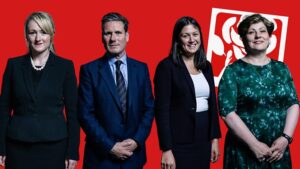 The Labour Party leadership contestants in the current race may speak much about “the party having a conversation with itself”, or “needing to reconnect with its voters”, or “finding a vision and a purpose”, or many other such vague and vapid soundbites. This sort of waffle – always employed in the leadership contests of defeated parties – is calibrated precisely to demonstrate that the candidate has what it takes to lead the party back into contention, whilst also being precisely calibrated to avoid the necessary detail that any road map to power must sooner or later include. For this is the very detail which is likely to alienate a significant portion of the membership base upon which his or her leadership bid will depend.

The current debate going on within Labour, however, is fatally confused over this very detail; so much so that the party may yet be condemned to ten years in the wilderness. This is because the analysis of Labour’s failure allows the party faithful the luxury to be in denial about the electoral viability of hard-left socialism. There are three reasons given for Labour suffering its most crushing defeat since 1935, against what had only months earlier seemed a fatally split and moribund Tory governing party that had presided over ten years of crises. And of these three reasons, the existence of the first two allows the party membership to fool itself about the third.

The first was Corbyn himself. Some in Labour blame the way he was caricatured in the media, unable seemingly to realise that there will never be another prism through which voters view politicians. Most, however, recognise that he was toxic on the doorsteps of the voters in the Red Wall, that battleground upon which Labour was routed. The North London identity politics, the open sympathies with extremist organisations, the pronouncement that the police should not have shot dead a terrorist wearing a suicide vest on London Bridge, and so many more actions and words of the man turned the patriotic centre ground of the British working class away from the party that is meant to be there to serve it. There was the anti-Semitism thing which he just could not shake off. There was also, less visibly to the public, the chronic indecisiveness and lack of grip Corbyn displayed in his role as leader, which meant that the front bench ended up adopting contradictory positions over policy, and the manifesto was so stuffed with the unrealistic demands of insider pressure groups and party factions that it became, as Blair cabinet heavyweight Jack Straw put it, “incontinent”.

Then, of course, there was Brexit. Partly as a result of Corbyn’s weakness as a party boss, the biggest contradiction that clearly emerged was over this issue. And for all their cries about how the evil Tories were going to sell the NHS to Trump, Labour were never going to be able to move the electoral campaign away from Brexit. Of course, Labour was always going to have difficulty straddling the gap between its southern, middle class remainers and its northern, working class leavers. Yet they were hardly more divided in this way than the Conservatives. What emerged was a ridiculous fudge which not only discredited their previous 2017 manifesto pledge to honour the result of the 2016 referendum, but which also offered no way out, no way back, and no way forward. Had I opened my door to find someone with a red rosette telling me that they were pledging another open-ended re-negotiation with Brussels, followed by another referendum in which they pledged to campaign for or against their own deal depending how it had worked out, I would have been thoroughly bamboozled. Given this nonsense, it is hardly surprising that Dominic Cummings’ message cut through for the Tories – Get Brexit Done.

So those are the reasons why Labour were hammered: Brexit and Corbyn. Right? Yes, if you are a party member who loved the hard-left manifesto that was being peddled beneath the Brexit furore. That is exactly what you believe, because you believe what you want to. This dual analysis perfectly suits your confirmation bias. You do not want to believe that the centre ground of British politics rejected socialism. Your mind actively colludes in masking the third, and probably the most profound, cause of your abject electoral failure. You believe that your millennial socialism, your big and intrusive state and the identity politics of your “race and faith manifesto” need only one more push, without the contamination of Corbyn and Brexit, to win a landslide. You do not want to face the truth that the public saw through your absurd spending pledges, that they detected the divisiveness of your agenda, that they were convinced by the One Nation Conservatism that so successfully flanked you on social issues simply by dealing with them more realistically.

This means that when the membership vote on who they wish to lead the party, they may be blind to the necessity for Labour to chart a course back into the centre ground of British politics, and to the necessity of mounting a counter-attack in Scotland, where they have been almost completely usurped on the left by the SNP, and where the Conservatives have become the main rallying point for unionism, thus denying this status to Labour.

If I am right, and they plump for Rebecca Long-Bailey, they will remain out of power. She is young, and a woman, a single mother and working class (other than the corporate law thing) the Labour loyalists crow, unaware that they are conveying just the sort of identity politics that is such a turn-off for the voters who just deserted them. When another election comes – and it may come before 2025 – Johnson’s Tories will slaughter Long-Bailey. The leader they need is Sir Keir Starmer.ve Okay, he’s from London and he’s a posh-ish middle-aged bloke, but Johnson was all that and more, and he romped home. Starmer has gravitas, intellect, and a proven professional and political record. And above all he is from the sensible wing of his party. He would be a formidable leader of the Opposition, and by the next election the public would have clocked that. But if the membership of Labour remains in denial, he will not be the leader that they get.