Skip to content
Cranleigh School Blogs / Politics Department Blog / UK Politics / How the 2019 election will reshape politics in the UK. 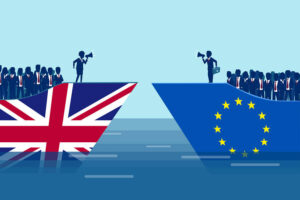 Fundamentally, the election held on the 12th of December 2019 was of paramount importance to UK citizens and to the rest of the world, which is why 4.7 million people watched BBCs exit poll coverage at 10pm. However, will it have an impact on why the UK is governed? Will it reshape UK politics and parliament itself?

Well, simply put, I do not believe it will impact the way that the UK is governed. The 2019 election provided a resounding result with a Tory majority of 80 and once again highlighted the limited appetite that Britain has for socialism. It also gave the mandate to Boris Johnson for Britain to leave the European Union and push forward with his post Brexit plans. This many people believe will be the reason why the UK will change.

Many proponents of this belief state that as we are having a constitutional change that will impact the way that the UK is governed and everything around politics on the whole as Brexit is such a large and scary change. Well this I firmly stand by this being incorrect, the central reason is that Brexit isn’t as large and scary change as the people behind ‘Project Fear’ make us believe. One of Britain’s most admirable aspects, as well as being big beer drinkers, is that we have an uncodified constitution. This means it is flexible as can adapt according to the political circumstances that are thrown at it. This is fundamental as it allows us to keep the same core way of governing whilst also adapting to the change. After Brexit we will still have a Parliament who is elected by the public, and an executive drawn from the largest party, who will have to pass laws through the House of Commons, Lords and finally gain Royal Assent from the Queen. Yes, of course small aspects may change, but the central process of the way the country is governed will not directly change.  The only main difference will be that the UK will no longer have to incorporate EU law directly into UK law.

Furthermore, I believe that it will not impact the way the UK is governed because any serious changes to the constitution will have to pass both the Commons and Lords, and without it being in the Conservative manifesto, the Lords would have the right to challenge and delay legislation in accordance with the Salisbury-Addison convention.

However, writing all this I do believe this election result will reshape politics as a whole in the UK and in fact around Europe. This is because, within the next 5-10 years, I believe the EU will crumble and Europe will be in the midst of political turmoil. The EU is a fragile system which is about to have a large leg taken out of with many more countries threatening to leave, in particular if the UK actually does make Brexit a success.

Finally, there is still the real prospect of Scotland holding another referendum to become independent.  The SNP believe as the political situation in the UK has changed so dramatically since the 2014 referendum that they, in my opinion rightly, deserve another referendum. If they leave, this would shake the whole UK political system and how it is governed.  Thus, this 2019 election held on December 12th will reshape politics not just for the United Kingdom, but for Europe and the world as well.