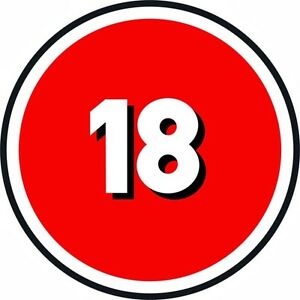 In recent times, the Tory government has come under fire concerning their policy regarding a refusal to lower the voting age by two years to 16, with the opposition parties, namely Labour and the Liberal Democrats spearheading this challenge.

Many critics of the government have staked a strong claim for votes at 16 by attempting to claim that the youth need to be able to have more of a say on their future and have the ability to influence the activity of the Government, with the 2016 Brexit referendum and climate change being the main issues these critics argue 16 and 17 year olds need a say in. Many others however, particularly Tory supporters, would argue this is far from a necessity and hence I will stake my claim for why I find the arguments for the voting age to be lowered particularly unconvincing, by questioning the logic and thought process that takes place by those in favour.

A major part of the reason for the invalidity of votes at 16 is due to the fact that full citizenship and adult rights are only granted in the UK at the age of 18, hence it makes perfectly logical sense to ensure the voting age remains at the point where a teenager becomes an adult, not simply for consistency but as this is also an age where the majority of young people gain their full independence. Under recent legislation, all young people in Britain must now remain in ‘further education’ until the age of 18, hence it is ludicrous for the opposition to argue that the voting age should be lowered when all 16 and 17 year olds haven’t experienced the real world yet.

To add to this, if it becomes a matter of maturity, that only hinders the argument of the pro votes at 16, as research has time and time again demonstrated the extent to which the human brain is still developing until the mid 20s, with the frontal lobe being the last part of the brain to develop. The frontal lobe is the part of our brains that controls judgement, amongst other things, hence reinforcing the argument that the judgement of 16 and 17 year olds would be far too wayward to allow them the vote. If anything, this research argues in favour of increasing the voting age, as then the electorate would have the ability to make their decisions to their full capacity.

Furthermore, it is clear that the opposition parties cite the freedoms that teenagers gain at 16, however these are often exaggerated and twisted, as in order to get married or join the army, it is necessary to have parents’ permission, hence the independence many say is gained at 16 is not in fact gained until later anyway.

I put it to the opposition to find valid enough ground upon which to claim the voting age should be lowered, as to reference the current rugby World Cup taking place in Japan, if the ball has not been clearly and blatantly grounded, there is simply no right to award the try.