Skip to content
Cranleigh School Blogs / Politics Department Blog / UK Politics / People in the UK are used to voting online for Love Island and other TV shows. It is time to introduce online voting for UK elections. 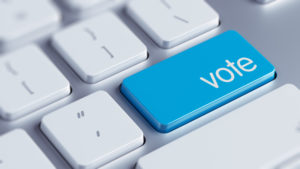 14 different countries now have the right to vote online and many are now rightly saying that it’s about time we allowed people to vote online just like you’d do for a show such as Love Island from the safety and comfort of your home.

Estonia has had big success with online voting. This began in 2005 with only 1.9% of the population using it but in the most recent election over 30% casted their ballots online. Online voting allows Estonians in over 116 different countries to cast their vote using online voting. It does not increase the total number of people involved however it also doesn’t decrease the number or exclude anyone from voting and in a lot of ways it makes it easier for people who would have previously had to take time out of their day to vote to cast their ballot from their own homes.

Many naysayers argue that online voting is ‘dangerous’ and is a security risk, such as my esteemed colleague Mr Verdon, who, as many would agree, is too old and stuck in his ways to see the true potential of online voting. He is too stuck in his ways even to look at the evidence. Estonia has never had a major security breach due to strong encryption. Mr Verdon will say that the individual voter will be at risk of his or her vote not being registered due to malware on their own computers, however once again experts in the field who are much more experienced, such as the software company Symantec, say that no hacker will go for the individual in this case but the political leaders and parties as they are in their words “‘low hanging fruit’ for attackers” shown by the cyber attack on the US Democratic Party in 2016.

There is also the argument that many cannot use online voting such as the elderly (like Mr Verdon himself) who do not completely understand the intricacies of the process. However if they don’t understand they can either try and learn or they can still just go down to the polling stations which will still exist even if online voting is introduced. This all shows us that the arguments and accusations I face are from a man who just desperately does not wish to be left in the dust by the new generation.

There is also the fact that over half of the voting population under the age of 50 say that they would be more likely to vote if they were just allowed the chance to cast their ballot online which would also help to increase turnout, this is one of the main cornerstones of democracy and even Mr Verdon himself couldn’t argue that higher turnout is a bad thing.

It really is time that we got with the times and started to harness online technology for UK elections. Online voting is the future and we should adopt it immediately.