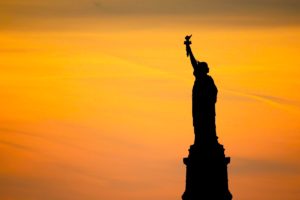 Summer has been and gone, and whilst this blog has had a wonderful vacation, the political turmoil in Westminster continues. Who would have thought that in September 2019 we would still be banging on about Brexit with no end to this political drama in sight.

The Conservative Party seem hell bent on taking Britain to the brink of a no deal exit, cozying up to Nigel Farage in the process. Labour are proposing to offer every single option available in a desperate bid to win power after 10 years out of power. The Liberal Democrats seem to have forgotten the suffix to their party’s name and are now fully behind revoking Brexit without a second referendum.

The SNP are secretly hoping the mess continues enough for them to launch a bid for a 2nd Scottish independence referendum, which bizarrely might be best achieved through accidentally allowing a no deal Brexit to occur. Our new Prime Minister Boris Johnson has not only lost his first 5 votes in Parliament, he has also sacked 21 loyal Tories for voting against him and is also bleeding MPs to the Liberal Democrats.

When your own brother resigns in protest at your political strategy, you know you are in trouble!

There are like few reasons to be cheerful about politics at the moment. In Britain and around the globe, the rise of nationalism and populism continue. Indeed Russian President Vladimir Putin has championed this, claiming that we are now seeing the beginning of the end for liberalism as we know it. However if political history can teach us anything, it is that liberalism as an ideology is a fighter and not willing to lay down easily. Indeed it has bounced back before in the aftermath of WW2 and what we might be seeing at the moment are the flames circling before the phoenix of liberalism rises yet again from the ashes of this current political turmoil.

In homage to this, and to assist the current UVI politics students with their current journey into political ideologies, I have devised a playlist that captures the core values of liberalism with various different genres of music. They say the night is darkest just before the dawn and there are definitely some darker nights ahead as we approach October 31st 2019. But maybe, just maybe something good might be just around the corner.

A rap anthem that gets to the heart of the liberal premise that the individual is key. It is highly likely that Dr Dre, Easy E and Ice Cube had Immanuel Kant’s categorical imperative in mind as they penned the lyrics to this hip hop classic. Unfortunately it would appear from the first verse that dangers that are presented when societies do not allow for individual expression and action, with our NWA protagonists ending up in ‘correctional facilities’ for ‘expressing with their full capabilities’.

‘We learn to live, when we learn to give
Each other what we need to survive, together alive’ There is not greater homage to the ideas of Voltaire than this classic liberal ballad on the need for humans to respect each other no matter their name, creed or colour.

This 90s dance floor filler perfectly captures the notion of positive freedom identified by Isiah Berlin, giving listeners the clear message to take control of their lives and act on their own free will; ‘your free, to do what you want to do. You got to live your life, do what you want to do’.

Negative freedom, the classical liberal notion of being free from something; in the political sense tyranny, oppression, violence. In George Michael’s sense, freedom from an oppressive record label (Sony) and the shackles of his former teenage heartthrob status as front-man of former boy-band ‘Wham’.

The ultimate existentialism quest to find a rational explanation to the meaning of life. Liberals believe that humans have the capacity to better themselves through logic, reason and further education. It is likely that Supertramp front-man Roger Hodgson still lies and will continue to lie awake at night questioning who he is, because that is what humans do. We keep asking questions and looking for patterns to help us make sense of the world.

‘I’ve got the brains, you’ve got the looks. Let’s make lots of money.’ Free markets, open competition, less barriers to entry, wealth creation, meritocracy and opportunity. No wonder Neil Tennant sounds so chipper in this 80s synthetic classic, savouring the fruits of his labour that a liberal economy has so kindly offered him!

So there we have it. The core values of liberalism in six great songs. Download the great liberal playlist today. The perfect antidote to the 2019 Indian summer of political mayhem!