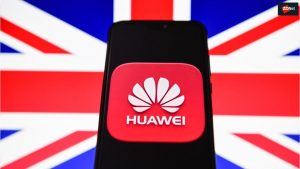 I believe we are in a world orientating around the internet and telecommunications, whether we like it or not. You may be asking yourself ‘What is 5g?’ Essentially it is the start of a new era in technology, many people would prefer 5g not to be introduced as they would like to hold onto their prior internet free lives, however technology seems to be the answer and most focused on idea in the 21st century. 5g is the fifth-generation of mobile internet connectivity promoting far faster download and upload speeds, and also implementing a wider coverage and more stable connections. 5g has originated from the better use of radio spectrums and this means that many more devices can access the mobile internet at the same time, enabling the so called ‘notspots’ to be reached once and for all – finally connecting those who lay stranded without internet in many low income countries to be reached.

The simple introduction of 5g could be the best addition to communities that has happened in along time, enabling them access job opportunities and so on – those individuals could finally have the chance to enter the world in which we live in, as prior to the present day they have become dis-connected from the rest of the world as they have had little introduction to the internet, which has made the divide in NEE’s, LIC’s and HIC’s even greater but 5g maybe the answer to shrink this defining gap? What 5g will allow us to do? Everything that we do on our smartphones and devices will be done 10-20 times faster facilitating the impatient needs of our current society, but it will also introduce a swarm of possibilities in some of the world’s newest inventions such as driverless cars. Driverless cars will be able to essentially ‘talk’ to one another and link to traffic management systems. Drones could be flying through the air co-operating with one another to carry out rescue and search missions (which could save many loved ones) and fire assessments (5g could be used heavily in social services) all being carried out by a ground base of 5g network stations.

A large part of many’s entertainment lies in the gaming world, people all across the world interact with frustration as the pesky download button hypnotises it’s audience for hours on end, but with 5g this could make downloads instantaneous and virtually glitch-free. Furthermore, wearable devices could monitor your health so meticulously that you and doctors can be alerted before even a possible heart attack happens. Many telecommunication companies still are not completely on-board with the idea of introduction as it is a large investment. The investment is the only true disadvantage of 5g and that we may also be saying goodbye to an era. But Huawei is one of the fastest growing mobile companies and is ready to take the leap into a 5g-world as it has piles of money tied up in it’s investors and may be the only company to actually complete the infiltration of 5g, but the government is opposing to ban Huawei from fuelling a new era!

At first many deem themselves as confused, but as I dig a little deeper I have began to understand that the ambitions of Huawei are possibly unrealistic or oppose many complications once in action such as elements of the power grid already installed may not work, water supply and sewage supplies could be interfered with. A whole countries essentials could be damaged – explained the director general of the Australian Signals Directorate. Huawei can be described as a ‘wild child’ because of it’s ever-growing ambitions which could lead to complications and governments (out of fear) simply ban Huawei as this seems to be the only way to stop them interfering and possibly ruining a society. Huawei is the central company to be under discrimination as it is the only company which actually is willing to make the change.

One of many discussions against Huawei, is that it may be planning to facilitate a Beijing-mounted cyber attack with the vast controlling nature of 5g. But Huawei has no need for this because it would rather expand its company to be a stark competitor in the eyes of companies like Apple, then introducing a Beijing takeover – it’s not in their interest to break into war. This argument taking place between Australia and Huawei is uncalled for and facilitating the harmful idea that we are still at war with each other, which is not what many countries would like, we want to work in unison. Governments are in dispute with 5g as some believe the risks are simply to consequential to take, but if we keep evaluating all the risks in every idea that arises we may never make improvements in our society as we are stiffened with fear about ‘what could happen?’, instead of applying a growth mindset of ‘what could this improve in a fractured society?’.

The UK is a pioneer in the way a government should act, as it believes at least partial use of Huawei’s revolutionary kit could encourage New Zealand, Canada and Australia (mending previous broken relationships with the company) to do likewise. There is no reason for an out-right ban, these countries just need to look at the advantages and stop isolating around the dis-advantages. Countries don’t want to enable the power-hungry company to take action in their fragile societies as they have experienced that the internet can do occasionally more harm than good. But this is only because they haven’t experienced the positives of 5g as of yet.

The primary stalemate factor in the introduction of 5g from Huawei is that sensitive information could be easily intercepted, causing a National out-break. But this is only because these countries have been scarred from past experiences, Huawei’s large team of incredible developers which are world-class would make sure there would be all the elements in place to create a faster and more secure future for all users. Huawei in my opinion is possibly the only company to be able to introduce 5g in the safest and most opportunity-orientating way.