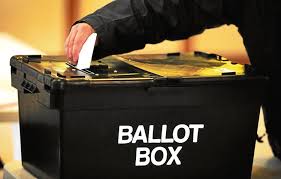 Voting behaviour has changed or remained consistent in the UK since the 1970s based upon the underlying demographic dynamics.

Firstly, voting behaviour has changed under people of different social classes to a large extent. Class-based voting was common up until the 1970s, with the working class generally voting for Labour as the party was linked to trade unions who were seen to protect workers’ rights. Moreover, middle and upper voters predominantly voted for the Conservative Party as they were more likely to be property owners and businessmen, and the party were seen to protect property. This is evident as, in the 1979 General Election, the Conservatives won 59% of the A, B and C1-middle class vote, with Labour winning only 24% of the same class. However, this behaviour has changed since. For example, the 1997 General Election saw the Conservatives winning the A, B and C1 vote only marginally with 39% to Labour with 34%. This is due to class dealignment (individuals no longer identifying themselves as belonging to a particular class, and therefore not voting for the party they may be expected to support, given their background). As well as this, partisan dealignment (individuals no longer identifying themselves on a long term basis as being associated with a specific party) has played a part. These have occurred because, post World War Two, society became more affluent and the working class aspired to have a middle-class way of life. This followed, in the 1980s, under Margaret Thatcher, the sale of council houses to their tenants at affordable rates, which promoted the middle class way of life, and the decline of natural resource industries such as coal and steel which reduced trade union power, reducing the size of the industrial sector while increasing the service sector. For example, in the late 1960s, the coal and steel industries alone employed over a million workers, but, in the mid-1980s, they amassed just over 340,000 workers. Additionally, in the 1990s, Labour appealed to the middle and working class by dropping their commitment to public ownership of industries such as railways. Also, people are less likely to work in the same industry for their entire lives due to improvements in education. For example, the introduction of A-Levels and raising school age from 16, as well as the increase of universities from 22 in 1959 to 130 in 2017, promotes further education among people.

Therefore there has been a change in the voter behaviour in the UK due to class and partisan dealignment because of the decline in manual labour industries, improvements in education and the increase in the service sector.

However, voter behaviour has not changed enormously among people of different age groups. The common trend is that the older you are, the more likely you are to vote for the Conservative Party, and the younger you are, the more likely you are to vote for Labour. For example, a poll by YouGov on the results of the 2017 General Election, found that only 19% of people aged 18-19 voted for the Conservatives, with a huge 66% voting for Labour. On the other hand, 69% of people aged 70 and above voted Conservative whereas 19% voted for Labour.  The 2001 General Election also conveys how there has not been a vast change in voter behaviour due to age as, according to an Ipsos Mori poll, 27% of those aged 18-24 voted Conservative, and 41% voted Labour. 40% of people over 65 voted Conservative, and 39% voted Labour.  This is because, the older you are, the more likely you are to own property, and the Conservative Party are seen to protect people’s material interests. The youth also tend to vote idealistically with the desire for radical change. This is why Blair appealed to the young so much as he had aspirations in changing society, and it explains Corbyn’s current appeal to youth. Moreover, political outlooks can be formed around the experiences one has faced. For example, the older generation will remember the hardships faced under the Labour governments in the 1970s with a recession, where trade unions gained greater power. Therefore, this may influence them to vote for the Conservatives. The younger generation did not experience these. This information is used to form party policy to help keep the support of core voters or to try to appeal to the opposition’s core age range. For example, David Cameron refused to cut pensioner benefits, whereas Labour wanted the removal of the winter fuel allowance from more affluent elders.  Age also affects turnout. Older people are more likely to vote than the young. For example, 76% of those eligible, over the age of 65, voted in the 2010 General Election, compared with 44% of people aged 18-24. This is because voting has turned into a habit for the elderly, and they are more likely to see an impact in their lives due to different party policies. The youth feel more as though politics has not had a significant impact on their lives.

To highlight, voter behaviour due to age has not changed dramatically as the general trend of property ownership with age has remained the same, as well as the fact that turnout remains similar because the youth do not feel the impact of party policies like the elderly do.

Furthermore, voting behaviour based on ethnicity has not changed very much. There is a clear cut divide in the UK, with white voters predominantly voting Conservative, and black and minority ethnic (BME) people voting Labour. For example, in the 2010 General Election, ethnic minority voters preferred Labour over Conservatives by 60% to 16%. The same pattern occurred in 2015 with BME voters supporting Labour with 65% of the vote, compared with 23% with the Conservative party. This is because, firstly, the legacy of anti-minority campaigning by the Conservative Party. For example, Enoch Powell’s ‘Rivers of Blood’ speech in 1968 criticised Labour for encouraging immigration, and for their anti-discrimination policy. In addition, Conservative front bencher Norman Tebbit’s ‘Cricket test’ in 1990 criticised Asian and Caribbean minority immigrants for not having enough support in the England cricket team. Secondly, most ethnic minorities reside in populated urban areas such as London, Birmingham, Manchester and Bradford. These are industrial areas with trade unions with strong support for Labour which is seen to protect the rights of citizens, especially foreign workers. Mass migration occurred during the 1950s to these industrial areas after World War Two ended. This support for the party has continued throughout. This is reinforced by the fact that there is a link between ethnic minority workers and low wage jobs. It was the Labour Party under Blair who created a national minimum wage emphasising the reason for this support.

Therefore ethnicity has not been a large factor in the change of voter behaviour as the legacy of the Conservative Party has portrayed a negative attitude towards such minorities, and the urban areas which they have inhabited have been won mainly by Labour.

To conclude, voting behaviour in the UK has changed to a great extent when associated with social class as the nationalised sector has utterly declined in the last 40 years, with people managing to even change from the class they were born into with the enormous improvements to education. However, behaviour has not changed with trends often affiliated with people of a certain age and ethnicity. This is because the youth tend to aspire to want social change and the vast majority do not own any property. Ethnic minorities generally immigrate to urban areas and to low-wage jobs, meaning Labour have the upper hand in such regions.