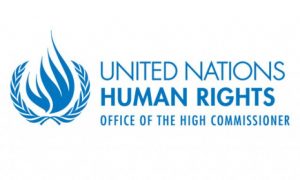 Previously, human rights for everyone seemed something of a utopian ideal, with abuse of them rife in the pre-war years. Most evidently was the segregation present against black people in 1920’s America, to the point that the government even enforced the ‘Jim Crow Laws’ which forcibly separated them and removed many of their basic human rights, such as the right to fair trial. However, thankfully this has changed and many agree that this was brought about by globalisation.

First and foremost at the end of World War Two, the creation of the UN in 1945 was the first step towards advocating for human rights worldwide. This was a system which included all of the world’s main powers and linked them together to not only advance human rights but also resolve conflict among other things. Their implementation of the Universal Declaration of Human Rights in 1948 was their first step towards this. This set out the fundamental basis of what everyone’s basic human rights were.  Although it was not binding it set out a model which later many countries incorporated into their own law. The European Charter of Human Rights for example is derivative from this. In 1950 it made it the rights of citizens which are claimed by the virtue of their humanity. However, many than argued that this was not effectively enforced, for this exact reason the European Court of Human Rights was put into place. Their rulings were legally binding which enforced and protected human rights more forcefully. For example when the Terrorism Act 2000 which was put in place in the UK, making it legal to search people without ground of suspicion, was deemed to be contrary to the ECHR and thus was amended by Parliament. Finally the UN installing an international War Crime Tribunal mean that no one could ignore the laws. They investigated human rights abuse in Rwanda and Cambodia and tried the abusers in the International Crime Court. This has clearly increased the importance of human rights on a global scale.

Aside from the legal aspects of human rights, since the end of the Cold War it became evident that there was a new world order which ended a long entrenched divide between Russia and America. We then began to see a rise in influential political leaders advocating human rights around the world. Nelson Mandela in Africa, Bill Clinton in the USA and Tony Blair in the UK. These people, on a minor scale, represented the movement towards human rights and lead to the creation of thousands of Pressure Groups, such as Amnesty International. Since technology has increased our connections and ability to receive news world wide in the matter of seconds, has also increase our sense of out duty as a global community to protect  each other, such as the international outcry when UN failed to intervene in the Rwanda genocide of 1994.

Therefore we see that globalisation has led to many countries entrenching human rights into their constitutions as well as the international system introducing levels of protection, thus not only increasing the knowledge and importance of human rights but also protecting them from abuse.