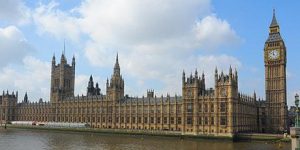 Parliamentary Sovereignty is the principle that Parliament can make, amend or unmake any law, and cannot bind its successors or be bound by its predecessors. The UK Constitution is classified as Unitary meaning all legal sovereignty is contained in a single place. In the United Kingdom, Parliament in Westminster is the single place where all sovereignty is held. However, is this really the case in the UK?

Many people would argue that the UK Parliament is not completely sovereign due to the fact that it is a member of various different global organisations such as the European Union (EU) and the North Atlantic Treaty Organization (NATO).  These organisations make laws the UK has to follow. When the UK joined the EU in 1973 it pooled its sovereignty to the EU. The EU now has law making powers over the United Kingdom’s government. For example one EU law the UK has to follow as a member is a standard VAT rate of 15% on energy bills. One example of a NATO law is any member is obligated to spend 2% of GDP on defence. These laws are not made in UK Parliament and have to be followed as members of these different organisations.

In addition, another argument against the UK Parliament being completely sovereign is the introduction of devolution in the late 1990s. Devolution is the dispersal of power, but not sovereignty, within a political system. Devolved bodies were created for Scotland, Wales and Northern Ireland following referendums in 1997 to 1998, essentially giving them more power. Scotland for example was given the power in 2012 to set its own rate of income tax and control over landfill tax and stamp duty. Arguably this meant that the UK Parliament no longer had these powers resulting in the loss of sovereignty.

Others will argue that the UK parliament is truly sovereign because although it has introduced the various devolved bodies and has joined organisations such as NATO and the EU; it can at any time take the power back from any of the devolved assemblies, as it has with Northern Ireland (which is currently run from Westminster due to the breakdown of the Assembly in 2017). The UK can also pull out of any of the organisations at any time, as it has recently done with the European Union, in which we are scheduled to leave in March 2019.

To conclude, in my opinion I believe that the UK Parliament is sovereign because if it wanted to, at any time it could regain complete control of all law making powers. Although this would not be advisable to the UK because it would lose a lot of benefits from these organisations such as global defence when being part of NATO. In reality it is very much possible to regain all power although it would be a long process.