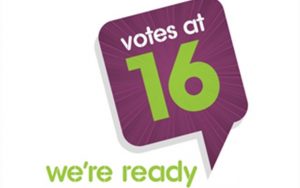 In my opinion the voting age should not be lowered to 16. Firstly, in the eyes of many somebody is not an adult until they reach the age of 18.  Therefore if you were to allow 16 year olds to have the vote then that would be like giving them the ability to purchase alcohol, buy a house or buy fireworks, which currently under UK law is not allowed. It would not be right for 16 year olds to be able to do things like this so why should it be possible for them to have the vote.

Furthermore, many people aged 16 or younger lack the knowledge and understanding necessary to take part in referendums and elections, so even if they were able to vote may not vote because they believe that they shouldn’t if they don’t have the knowledge. Alternatively, they may vote but for a party or candidate that doesn’t actually display their political viewpoints, because they think that if they have the right then they should use it.  In addition the majority of 16 year olds in the UK are active on social media, so if a political party were to publicise their views or maybe just their party in general over social media then young people may be influenced by what they see. Their beliefs could be swayed as they still lack political knowledge and then later they would realise that in fact, they had voted for the wrong political party!

Additionally, the idea that 16 year olds should be allowed to vote has mainly being publicised by left-wing parties, in particular Jeremy Corbyn’s Labour Party at the 2017 General Election (where it was a manifesto promise). This is clearly a tactic for them to gain additional votes from a demographic highly susceptible to idealistic views.  Following on from this there is a lack of evidence that lowering the voting age would help to solve the current participation crisis in the UK, that has seen voter turnout plummet since the 1950’s. Although it is likely that more people would participate, not every 16 year old would feel able to vote and indeed want to.  The 18-20 age category consistently has the lowest turnout at UK General Elections, so why would the 16-18 range be any different?

For 16 year olds to feel able to vote, they would need to extend their knowledge in order to, learn more about each of the political parties, understand the viewpoints that they agree with and consequently be able to choose which political party or candidate they would vote for in a general election. We cannot just expect them to know immediately who they would like to vote for, with no knowledge!  This is why I firmly believe that the voting age in the UK should remain at 18.