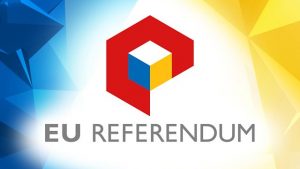 Brexit has provoked so many different and complex conflicts between a variety of people causing a large split in society. However a large proportion of remainers and political influencers such as London Mayor Sadiq Khan continue to  call for another referendum along with a substantial proportion of the electorate in the UK due to the belief that the referendums result was skewed by fake news being spread by both sides.  The the most famous example that they highlight for this is Boris Johnson’s claims that an extra £350 million a week could go to the NHS once Britain left the EU. They claim therefore that misleading information such as this has been used to make the referendum illegitimate. It has even led to arch brexit supporter Nigel Farage in January 2018 stating that even he would now consider calling for another referendum to squash the topic due to the controversy caused by the referendum.

Campaigners for ‘a peoples vote’ claim that there should be another referendum due to the original question on the ballot paper in 2016 being far too vague, meaning that the result did not endorse the final destination of Brexit.  The believe instead that a new vote with a question which is clearer and shows what sort of deal would be on the table would be the perfect solution to end the divisions in the country over Brexit.  Yet the reality of this occurring is a different matter.

By looking at recent opinion polls, the majority of people in the UK believe it is unequivocal that there shouldn’t be another referendum as it slash’s the fundamental principle of direct democracy, i.e.  going against the people’s decision.  It would also set a precedent for a “neverendum”; we keep on holding a vote until everyone is satisfied with the outcome, which in this case will not be possible.  Moreover creating the precedent of a “neverendum” just points out the issue of holding a referendum in the first place on such a complicated matter of which very few could understand or could explain.

Thus in conclusion it is evident that there shouldn’t be another referendum on staying in the EU.   It is also evident that we should refrain from using referendums in the UK as a political device when the government want to avoid making difficult decisions themselves.  Lets hope we learn from our mistakes on direct democracy in the future.