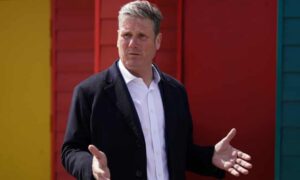 Last Thursday we saw the Labour Party lose Hartlepool.  It became only the second time since 1982 that the governing party gained a seat in a by-election, and the first Conservative win in the constituency since its creation in 1974.  Although abnormal this result may seem, it was in no way a surprise given the recent success of the Conservative Party or should I say the atrocious performance of the Labour Party under Starmer.

For a while now, Starmer’s strategy has been to wait for ministerial incompetence and grill them and he has certainly had the opportunities to do so, but he just simply hasn’t been very good at it.  Despite the Tory Party overseeing one of the worst coronavirus death rates in the world and having cronyistic ministers, Starmer has been unable to capitalise on this incompetence. Yet how much of this is his fault?

The problems that Labour leaders have faced in the past decade is not only an ideological one, yes their party is divided between the Corbynites and the Blairites, but we can see that there is a growing divide between the metropolitan white collar Marxists and the post-industrial Brexit-loving patriots.  They simply do not mix, their reasons for supporting Labour are becoming more and more polarised.  A fine example of this would be the rise in left leaning groups such as Extinction Rebellion and Black Lives Matter who have also embroiled Labour in the culture wars,  deepening the split within the party.  With Starmer at the wheel,  it is no way he can lead the party trying to please both. He must pick a side or face further repercussions.