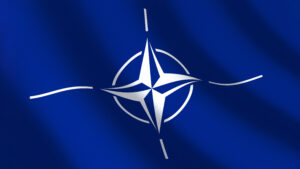 NATO remains relevant and therefore is not obsolete due to the fact that Russia continues to be an ongoing threat as it pursues its expansionist aims. NATO has responded to this effectively through its action in the Baltic region which has sent a message to Russia that the organisation is determined to defend its territories. Many Eastern European nations saw the Cold War as a period of oppression by the Russians and were therefore determined to secure their freedom. As a result, 12 of these states have since joined NATO in order to guarantee their security and freedom, illustrating that for many, NATO is a source of hope in the face of concerning threats.

Also, NATO was active following Russia’s annexation of Ukraine’s Crimea territory and worked closely with Ukraine and has as a result increased its European Response Force to 40,000 troops. This illustrates that NATO has been able to adapt to changing challenges and therefore is flexible enough to survive and it therefore counters the point that Russia is exerting a greater influence.

However, Russia no longer remains the soul threat; new Islamic state-linked terror attacks like those that have hit Paris and Brussels are suggesting that new conflict may be on the horizon. Therefore, NATO provides a forum to combat this threat. Some of Trumps comments suggest that NATO’s potential irrelevance is that it does not address terrorism, however the alliance has been engaged in counterterrorism efforts for years, bringing into question whether Trumps comments carry any legitimacy. These actions against terrorism include the invasion of Afghanistan, lead by the USA following the 9/11 attacks, in order to take control from the Taliban regime. This action helped to deter the facilitation of terrorism in Afghanistan and provided training, advice and assistance to Afghanistan security forces..

The organisation also provides states with a sense of security and helps to prevent conflict as enemy states will be afraid to challenge those who have a strong military force. Although this is their primary aim, NATO has also been extremely effective elsewhere, including in the Mediterranean Sea. In October 2001 it launched the maritime surveillance operation active endeavour, which focuses on detecting and deterring terrorist activity in the Mediterranean, again bringing into question Trump’s comments that NATO has been ineffective in dealing with terrorist threats. The Mediterranean action has now been succeeded by Sea Guardian which is currently performing three main tasks in the Mediterranean Sea: maritime situational awareness, conter-terrorism and support to capacity-building.

Another argument in favour of NATO is that when it commits to something it does not falter, as seen in the example above concerning the Balkans. Also, the same is seen in Kosovo where currently 3,500 allied and partner troops are operating as part of NATO’s Kosovo Force. These force continue to maintain a strong presence throughout the territory following conflict and humanitarian disaster. This NATO action has been attributed to increased peace and co-operation with surrounding countries such as Serbia, resulting in Kosovo’s Declaration of Independence in February 2008. Therefore, NATO has clearly widened its scope of influence significantly, countering the point that the organisation is old and lacks cohesion. NATO is the oldest, most powerful and most successful military alliance in history and should therefore be preserved and protected.

To summarise, although NATO was created in 1949 to combat expansionist Russia, it has become so much more. Its action in Afghanistan, Kosovo and in the Mediterranean as mentioned above demonstrate how the organisation has been able to reform in an increasingly changing world. This is supported by the fact that NATO membership has increased from 12 states at its creation to 30 states today, suggesting that the peace, security and cooperation that it fosters is in high demand, especially amongst those who do not have the military ability to defend themselves against major threats.