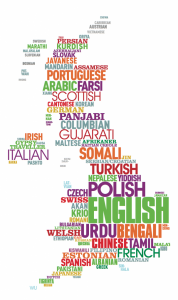 Boris may bluntly claim Britain to be a successful multiculturalist state, and although many argue this to be the case, it is clear the system is far from perfect, with the clashing of groups and their ideologies becoming more pronounced than ever. A number of questions need answering. Are we even a multiculturalist state yet? How far should we extend minority rights? Could we accept our culture becoming unrecognisable? For Britain to set itself on the path to being a successful multicultural state, these questions must be answered, yet this success is far from guaranteed, and it may not come at all.

Covid-19 may have temporarily stemmed the flow, but Europe has been experiencing an immigration crisis in the last decade, reaching its peak in 2015 as hundreds of thousands fled from war torn Syria in search of a better life. Not only did this sudden flood of middle easterners influence the Brexit vote to at least some extent, but also became an evident indication of the need for a clear multiculturalist strategy to be put in place by the government.

For those crying out for a true multicultural state, minority rights also became a key battleground. Particularly given the large numbers of Muslims entering the country, the debate has been centered around their rights, with the Charlie Hebdo attacks in 2015 in Paris serving as an example of where Islamic ideals about freedom of speech are remarkably different to those of western countries. Advocates of minority rights, such as political philosopher Bikhu Parekh, would argue that these are necessary to achieve true equality between groups, much to the contempt of many liberals, who believe free speech is a fundamental right of all.

Liberals are rightly concerned about the potential for individual rights and freedoms to be suppressed by groups demanding rights of their own, with the Charlie Hebdo attacks only reinforcing concerns after the Salman Rushdie ‘fatwa’ affair of 1989 surrounding areas where liberals and other groups differ in opinion. Staunch nationalists also play a big part in the Battle of Britain, despite often not being liberals themselves, as they are able to back the liberal cause through their own concerns for the sake of the national identity.

Britain is a changing place, but can we afford for it to become a place unrecognisable to the generations of the past? Douglas Murray joins a long list of others in referring to the ‘ship of Theseus’ paradox, suggesting that extending minority rights could distort our culture and society, slowly removing our customs and replacing them with those of minority groups. Britain’s culture may vary in the eyes of different people, from pubs and pints to bagpipes and blustery beaches, but whatever this culture may be, many fear losing it.

Put culture aside, and one realises just how difficult the topic of minority rights really is. Intricacies such as how to define these rights, how to define who receives them, and how to ensure they don’t cause an uproar from any other groups become very difficult to manage. Some argue Britain should look to countries such as Australia and Canada for a relatively successful multiculturalist blueprint, however both countries are more concerned with indigenous peoples rather than immigrants, posing a different set of challenges.

Although the ship of Theseus paradox is set to remain a part of the debate surrounding British culture, it is clear the ship has sailed for those demanding migrants be deported back to their country of origin. These groups are here to stay, and the success of multiculturalism in Britain relies on whether we as citizens welcome others with open arms, or whether a more hostile approach could see the development of a failing multicultural state.