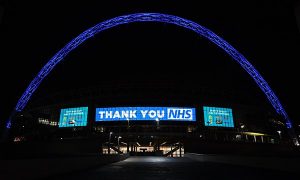 Humanity is under attack! An invisible invader has infected our lives and we are now questioning the future of mankind. Yet there have been pandemics before. The most devastating that we know of being the Spanish flu outbreak in the aftermath of World War I, which killed at least 50 million people. More recently, SARS, MERS and Ebola were feared to be the next global pandemics but thankfully they never materialised. The world has been expecting it, Hollywood films have been predicting it! But the question we are all asking is whether we will emerge from the COVID-19 pandemic for better or for worse.

Setting aside the personal tragedies for those directly affected, this pandemic has so far has not been on anything like the scale of the Spanish flu which killed about 3% of humanity. 228 million people would need to die in order to match that. However it is nonetheless a terrifying, truly global pandemic, not seen for a century.

In the economy, the Bank of England today stated that the coronavirus crisis will push the UK into its deepest recession in 300 years. It is estimated that 2 million people will become unemployed. And yet there is every hope that the economy will bounce back quickly; the so called V curve, and there is no reason why normal life cannot return.

One of the lasting negative consequences may be the education gap for many children at exam level. The void that has been left for so many teenagers and their teachers after years of studying without a final exam may never be filled.

The tragedies seem to have been greatest in care homes, which will have lasting consequences. Who will ever relish spending their old age in a care home in the knowledge that they have endured 50% of the deaths in the UK?

However, in the weeks of lockdown many good things have occurred. For example the climate became less polluted as air and road travel ceased and community spirit seems to have flourished, especially in looking after the vulnerable.

There is a genuine hope that the surviving population will respond to the virus and make changes for the better. Perhaps less air travel, food waste and greater love for the environment will emerge, but it is hard to see how anything lasting will result from this.

A positive aspect of COVID-19 is that our respect for the NHS and health workers has rocketed. It is also likely that more money will be given to them in the future in order that we can prepare for the next pandemic. We have turned to Germany, which has only had 7,277 deaths so far, to understand its success in this pandemic. In their version of the NHS, the SHI, they spend £618 more per capita than in the UK, and our NHS funding will hopefully be permanently raised in the aftermath.

men! Germany, New Zealand, Norway, Taiwan, Denmark, Finland and Iceland are among the safest countries in the world, all lead by women. Whether the world views women leadership as better in the long term remains to be seen!

An area that may change more permanently is architecture. Throughout history, buildings have been shaped and sculpted by disease. From the introduction of brass doorknobs containing copper which prevents bacterial growth, to broader pavements, many of our cities have been built around prevention of illnesses. The Design Research Unit is predicting a “move away from open-plan layouts but prioritising better ventilation”. Other suggestions include wider or even one way corridors and many more staircases.

Since the beginning of the pandemic, unnecessary travel has become the ultimate sin. A greater appreciation of the countryside and wildlife has resulted. The lockdown has certainly been much more tolerable for those with space around them. Yet how can an ever increasing population accommodate this need for more space alongside the need to protect the environment?

COVID-19 has undoubtedly touched all lives across the globe in the short term. We have lost freedom, success, money, family and friends. We have gained friendship, family time, and freedom from the some of life’s previous pressures. The streets and sky’s are clearer. But these are very short term changes. We will return to work, and the economy will grow again. Perhaps the NHS and it’s staff are the overall winners? And maybe the improvement in this single area will be enough to place us in a better position as we wait for the next pandemic.