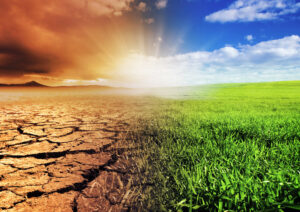 In my opinion state sovereignty is the biggest obstacle to successfully tackling climate change as it leads to a fundamental issue of states becoming unwilling to commit to agreements which could potentially inhibit their own sovereignty. Many states choose to act in their own self-interest over that of the entire world and climate change is an issue that is contributed to by every single country. If states overlook their own self-interest and prioritise the future of the World, then this obstacle might well be overcome.

In essence, selfish nations are facilitating a tragedy of the commons with regards to the World we live in; a limited resource where it is absolutely necessary to focus on the common good. However, at present, the common good is not prioritised and instead many nations choose to continue polluting without considering the implications to future generations. The issue of state sovereignty leads to another problem; do we make gradual changes or take a radical approach in order to solve this global disaster? Without the agreement of all states we will struggle to find a solution to this. America is a prominent example with their 2019 decision to withdraw from the Paris Climate Agreement (which called for adaption and mitigation in response to the climate emergency), despite contributing to 15% of World pollution. This highlights that there are major hurdles to overcome and until there is a shared view on the scale of the problem, then tackling climate change is fundamentally impossible.

Moreover, this has increased the need for other global players to increase their role in tackling this global climate emergency. China is the World’s highest polluter however, they have been accused of inventing climate change to reduce the competitiveness of US manufacturing by the Trump administration. However the US needs to face the facts. It is impossible to deny that climate change is happening and therefore, a World agreement must be reached which allows the prioritisation of the common good to solve the problem.

The environment is not confined within states; pollution, rising sea levels and greenhouse gas emissions cannot be solved through unilateral intervention. They require the collective action of many states, and therefore, a necessity for the formation of international organisations and regimes which inevitably lead to a loss of state sovereignty. Furthermore, Shallow Green ecologists allow a gradual approach which following the cooperation of the international community would allow a controlled but rational approach to this issue. They try to promote sustainability whilst balancing business interests with those of the environment. Some examples of their approach include the recently introduced UK policy for electric cars by 2035, exposing how the reduced need for state sovereignty can lead to a simple yet effective solution to the problem which will never go away.

Overall, this highlights the inherent need to overlook self-interest and state sovereignty to allow international cooperation and therefore, a solution to the growing climate change issue. Without coherence, the problem will only grow, leaving the World to deteriorate solely because large global polluters such as America are unwilling to consider what is best for everyone, rather than just themselves.