Skip to content
Cranleigh School Blogs / Politics Department Blog / van Hasselt Award / Do newspapers always have the right to publish stories about the private lives of celebrities or sports figures if they are deemed to be in the public interest? 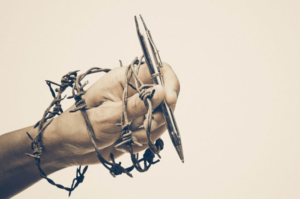 Freedom of the press is undoubtedly a right vital for a society to be not only free, but to thrive. The freedom to “impart information and ideas through any media and regardless of frontiers” is a fundamental human right protected under the United Nations Declaration of Human Rights. Therefore, the question as to whether or not the press should have the right to publish stories about the private lives of people should be a simple one. The fact that the particular individual mentioned in the article is a person of public interest is perhaps irrelevant. Is this not a matter of principles? Is it not a matter of rights? Is it not a matter of consequences? The core question here, is whether or not there are situations in which freedom of the press must be infringed, potentially for the good of the individual‘s privacy?

Freedom of the press is undeniably a pillar of our democracy. A free and independent press allows us to be informed of public affairs and enables people to make informed decisions on who they vote for. It allows people to express their political opinions without fear of persecution, which is at the core of our democracy. Furthermore, the media is able to ruthlessly monitor the government and organisations who govern us. Thus ensuring our rights are respected and that our countries laws are upheld no matter what. Governments, companies and indeed, individuals must be held to account for their actions. A free media sector is what allows for this to occur, without it, abuses of power will go unnoticed and corrupt our society at the core. There are countless examples all over the world both historic and more recent of the media playing a vital role in exposing corruption and allowing democracy to flourish.

Many argue that although freedom of the press should apply in the majority of situations, in certain situations it must be disregarded. Once such exception should be publishing information about people’s personal lives. There are two reasons why this argument does not hold up. Firstly, it is difficult to decide what someone’s personal life is. An example of this is Bill Clinton’s relationship with Monica Lewinsky. Most would say that who someone sleeps with is a personal matter, but in this situation, it was very important that the press inform the people of this as it showed the character of the President. Thus allowing them to make an informed decision as to whether he should continue in his role. Secondly, it goes against the purpose of human rights. The same can be said for national security. The very point of human rights is that they apply no matter the context. Yes, certain publications may be detrimental to the reputation of a person or indeed the security of our streets. However, is the alternative, which is to censor this information, justifiable even if it results in the breaking of a fundamental human right? Think of the consequence of this, where is the line drawn? If we prevent certain stories and bits of information being published, then why not others? Is this not a slippery slope leading to a censorship state? We cannot draw a hard unmovable line, so as a result, we must not draw one.

To conclude, the freedom of the press must be upheld no matter what. It is vital in ensuring our society has a strong and successful democracy in which those in power are held to account. The media acts as the nation’s watchful eyes ensuring that our rights are respected and we are informed. As to exceptions, in terms of national security or perhaps publishing information about our private lives, there are none. If the information has been obtained legally the press must have the right to publish it. Although it may be messy, it can be upsetting and occasionally, in situations of national security, even dangerous. The alternative of denying the media their right is a step back in social progression. It is the equivalent of silencing millions and threatens everything we hold dear as a society. It protects my rights to expression, opinion, protest. My rights to information, to vote, for a free trial. Even my right to be able to write and publish essays like this on controversial issues depends on having a free press. Therefore, newspapers not only have the right to publish what they want, including stories about the lives of public figures, it is potentially their duty. As Jefferson once said, “our liberty depends on the freedom of the press.”