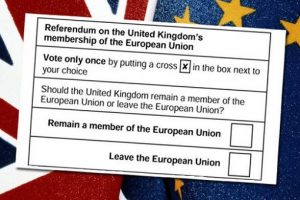 Students and teachers alike will be well aware that the politics A-Level course has been changed, its content updated, increased and improved. Yet, presumably because they were in a desperate scramble for first mover advantage in sales to schools and colleges, the textbook authors seem to have hurriedly copied and pasted into their new publications many of the same debates and issues that appeared in the old ones. Thus we are told to be deliberating on matters that are a nostalgic throw back to a bygone era. Here is a good example: “Should the UK have a codified constitution?” Who, on earth let alone in the UK, is even faintly considering that? That was the kind of abstract, parlour game question that was doing the rounds when I was at university. It is the sort of question that was raised when the vapid centrism of the “Third Way” reigned supreme, and there were no real political questions to be asked. Or how’s about this one: “Is the UK suffering from a participation crisis?” Yes, it is clearly suffering from way too much participation these days, thanks very much. Have you not heard of social media and the 2008 crash?

But the most comically dated of all, the one that makes me feel like I am watching something starring David Jason on UK Gold, is this: “Should the UK make more use of referendums?” What a cracker! If you actually think it should, you must have spent the last five years on Mars.

My devoted online following will by now be aware that I am hostile to referenda. This is partly because they have no historic place in the British constitution; and because I call them referenda rather than referendums, I clearly have the tendency to resist anything that goes against the grain of established practice and tradition. But my main concern is that referenda do far too much to empower popular sovereignty when (and no politician will dare say this) what political systems need to provide is elite leadership, mandated by and accountable to the public will, but autonomous in its judgement for the public good.

Yet there is an important qualification here. In the round, there are two types of referendum: advisory referenda, and confirmatory referenda. The first type is dreadful, a wrecking ball to democracy and political stability. The second, however, can be a sound legitimating tool for necessary and even crucial change.

In the UK we are experiencing the fallout from a Brexit explosion that was detonated by advisory referendum. An open question rather than a closed deal was presented to the people – do you or don’t you want to leave the European Union? The people voted that they did indeed want to leave the EU. And then it began:

“The margin was too narrow for the vote to be carried through without a confirmatory referendum! This kind of thing ought to require a super-majority. That sum on the side of the bus was such a lie that the result cannot stand! That was such a disgrace in a democracy where no political parties ever, ever circulate dodgy statistics at elections. In any case, loads of people who really wanted to stay in the EU thought it was a foregone conclusion that remain would win, so they didn’t turn out. Not fair! Not reflective! They deserve another say. And people who voted out weren’t in fact actually voting to leave the EU, it was just an atavistic urge by “the left behind” to put two fingers up at the powerful. In reality, nobody actually wanted to leave the institutions of the EU, like the customs union or the single market. Obviously if they’d been told we’d be leaving those, they’d have voted the other way, even though they’re thick. What they really wanted was a half-way house, so let’s give them that instead. They are racist because they don’t like mass immigration. Brexiteers are ignorant. They don’t have degrees in post-modern gender studies, and they live in Northampton and Grimsby. Do you know, the biggest Google search the day after the referendum result was ‘what is the European Union?’”

That last thing about Google was a commonly circulated myth with no basis in fact, and it speaks volumes about the Remoaners that they swallowed it. Yet had we voted the other way, by an equally narrow margin, I am certain we would have heard an endless chorus of Faragiste whingeing about “Westminster elites” and the liberal media conspiracy and all those dodgy statistics bandied about by Mark Carney and Philip Hammond, on leaflets paid for by public funds, shock horror. It was rigged, they would have (probably correctly) cried. We may deplore the way that election results are disputed in African republics, the way that one side does not recognise the other side’s victory at the polls, and out come the machetes. But look at us in the here and now.

Yet had remain won, nothing would have changed, so what we would not have had is the utter confusion about how you perform the shape-shifting feat of leaving the European Union in a way that parliament can approve, and that does not lead to queues at Dover, and expats being booted out of Spain, and terrorism in Northern Ireland, and car industry redundancies, and so on and so forth. The question, in other words, was not just a Pandora’s box of identity politics, it was a gross over-simplification of an immensely complex legal and political matter. The answer one way was simple; the answer the other way was always going to be a shambles.

These advisory referenda are horribly divisive. They force people into polarised positions even if they are moderates by inclination. But their single biggest problem is that they deliver a raft of unforeseen consequences. The 2014 Scottish referendum was a wholly unpleasant debate north of the border. But suppose that the independence campaign had actually won. What then? Imagine the court cases over who owns what in the North Sea. Imagine the raging debate over a practically essential joint defence arrangement with England. Imagine the row over currency. Imagine the unionist rear guard demanding another referendum again and again, and the paralysis in Holyrood forever blocking Sturgeon and company from delivering their promised land. Picture the sectarian violence on the streets of Glasgow. On and on it would go, the vote supposedly to answer the question would only ask a thousand more, each one a more bitter row than the last. Advisory referenda, particularly over issues of identity, should be consigned to the dustbin of constitutional history.

Yet confirmatory referenda are a very different thing. Take the Good Friday Agreement. This was pre-negotiated. It was a clear deal reached with courage and compromise by both sides making genuinely painful concessions, perhaps particularly the unionists. IRA villains were freed, tacitly and very controversially acknowledging their self-proclaimed POW status. The border was taken down and people could choose which Ireland to be a citizen of, no matter where they were resident. A power sharing arrangement in Stormont was clearly mapped out and the voting system agreed. Dublin was to be given a say in Ulster’s future on an ongoing basis, in return for dropping the cherished clause in the Irish Republic’s constitution committing it to the goal of a united Ireland.

The Good Friday Agreement was a deal on the table, done and dusted and printed, and the 74% majority it commanded at the referendum in Northern Ireland in 1998 has underpinned its legitimacy and secured a shaky peace to this day. As I write, the fruits of this deal are turning somewhat sour. Yet nobody seriously contests that it was reached by a just political process, and that it commands broad and bipartisan public support. Tony Blair’s other devolved assemblies in Scotland and Wales were also were both delivered by the midwife of a referendum in which voters knew precisely what they were choosing.

There are numerous other examples of confirmatory referenda around the world delivering peace or much needed constitutional change. My favourite, though, is the 2016 deal that Nobel Peace Prize-winning Colombian President Juan Manuel Santos put to his people in order to close out the government’s long-running war against Marxist FARC guerrillas. The deal was negotiated with compromises just as painful to both sides as those made in Ireland two decades before. It was a realistic and promising road map to lasting peace.

By a 0.2% margin, the Colombian people rejected it. So Santos changed a couple of punctuation marks and railroaded the “amendment” through the legislature, which he controlled along with his coalition partners. And he was absolutely right to do so. Some referenda may be better than others, but some people have worse judgement than others too; and very often, “the people” have, funnily enough, worse judgement than their representatives.

I don’t like referenda, full stop. In answer to the question, the UK definitely should not increase the use of referenda. But if we are going to use them in the future because the self-righteous clamour of popular sovereignty demands it, we should at least use them properly.