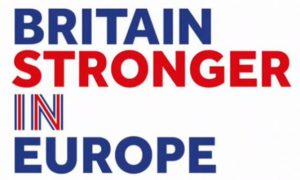 To leave or not to leave. The question which has encompassed society and British politics since Britain voted to leave the European Union in 2016, yet did we make the right decision? The main aims of the EU are clear and straightforward: to promote peace with respect for human rights, freedom and democracy, to establish a single European market, promote economic, social and territorial cohesion, establish a monetary union, and combat discrimination while promoting equality. So why would we want to give all of that up? Firstly, the sovereignty of the UK has been challenged by the European Commission, the executive-bureaucratic arm of the EU. It proposes legislation and ensures that the rules are respected, and is further responsible for policy implementation. The European Court of Justice further compromises the supreme authority of Parliament as it enforces/upholds the rules set by the EU. For example, if UK law conflicts with that of the European Union, theirs takes precedence. An example of this is the Factortame Case, where a judicial review was presented by a Spanish fishery company, who claimed that there was a breach in EU law by the British government, by requiring that a ship must have a majority of British owners for it to be registered in the UK. The ruling went against the government, and highlights a group of unelected officials, making decisions, usually reserved for Parliament, which leads to a democratic deficit.

Moreover, as the UK is a member of the Single European market, it allows for free movement of people from any member state. This is a reduction of the UK’s sovereignty as they should have the authority of the control of borders, deciding who enters. This policy has seen unsustainable levels of immigration into the UK, especially after eastern European countries joined the treaty, such as Romania in 2007, and the growth of refugees after conflicts in the Middle East. In 2014, 268,000 citizens of member states moved to the UK, while 98,000 emigrated from Britain. In addition, the UK is a net contributor to the EU budget, meaning it pays more than it receives back. In 2015, the UK paid around £18 billion into the budget, and got a rebate of £5 billion, and received back £4.4 billion in public sector income.

However, the EU has been enormously beneficial with promoting peace, providing an area of freedom and security, as well as economic cohesion. The Single market has allowed for the free movement of services, goods and capital, meaning that there are no import taxes on anything coming to and from an EU member state. This policy has meant a considerable number of skilled workers such as medical staff have been able to work in the UK. This has been hugely beneficial as the number of doctors from Britain has been increasingly decreasing annually. It has created more than 2.5 million jobs across the union and has increased GDP by 15%, which would have been impossible had we not entered the treaty. It is estimated that by 2030, the EU would have created 800,000 jobs in the UK, and, according to the Confederation of British Industry, when we leave, almost 1,000,000 jobs will be lost.

Furthermore, its promotion of peace has proved successful as there has not been a single major conflict across the EU since its creation in 1973. The level of sovereignty that has been reduced has been vastly exaggerated by those who wish to leave. For example, the European Union introduced the Economic and monetary union under the 1991 Maastricht Treaty, which created a single currency for member states, yet this was not compulsory, and Britain decided to opt out of the Eurozone. The UK also opted out of the Schengen Agreement, allowing the country the ability to check if those entering are entitled to.

Therefore, due to the immense economic benefits provided by being a member of the European Union, and the success it has had in creating greater human rights for all people, especially workers, the UK made the wrong decision in voting to leave.