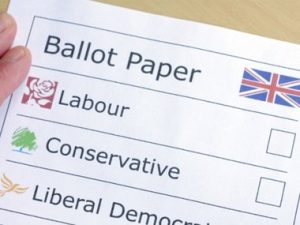 Currently the UK use the First Past the Post system for elections. However, I believe that this is not the best system for our country. The first past the post system has many disadvantages; firstly, it is not proportional as the number of votes cast for parties by the electorate does not directly translate into the number of seats that a party gains. For example, in the 2017 General Election the Conservatives gained 42.3% of the votes however, they gained 48.8% of the seats proving that there is no direct correlation.

Following on from this, the winning party receive a winner’s bonus, which gives them excess seats which they never earned. Moreover, FPTP produces a government that is elected on less than 50% of the vote and therefore, a minority of the popular vote. How can we even consider that this is a fair system for our country when a party can still win despite, not having a majority of the votes. It is also favours parties with a concentrated vote, rather than those with a large amount of votes but spread over a large geographical area. When looking at the results of the 2015 General election, it clarified the dis-proportionality of the FPTP system, UKIP had to gain 3,500,000 votes to elect just one MP meanwhile, the Conservatives had to gain around 100,000 votes to do the same. Therefore, it is quite clearly unfair.

I believe that the best system for the UK is the Additional member system. This is a hybrid electoral system consisting of two elements. The voter makes two choices; first of all, they select a representative or a simple plurality system, then a second vote is apportioned to a party list for a second or ‘additional’ representative. It is currently used in the Scottish Parliamentary elections, Welsh Assembly elections and Greater London Assembly elections. This system offers many benefits and solutions to our current problems, but also shares some positive similarities with first past the post, meaning we do not have to undergo radical change. It maintains a strong link between the MP and the constituency, as is an important concept of FPTP. However, it offers a wider choice than is available under FPTP. Furthermore, voters can opt to use a ‘split ticket’, where they can vote for a representative from one party, whom they may particularly like, and a top-up vote can be used to support another party. This system also possesses a proportional element, the ‘top up system’, which acts as a solution to this issue with the FPTP system. The d’Hondt formula is used to calculate the number of MP’s a party can allocate, which ensures that fairness is maintained from party to party.

Therefore, it becomes obvious that the removal of the First Past the Post system and the introduction of the Additional Member system would be a justified and sensible idea.