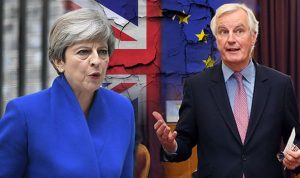 Another week of Brexit chaos has passed. Unsurprisingly, Theresa May’s EU deal was rejected by The Commons by a very large margin, with all the opposition parties and over 100 of her own party voting against it. May then did manage to cling on, surviving a vote of no confidence tabled by Jeremy Corbyn. Yet she was only able to do this due to the support of the DUP; a timely warning that Northern Ireland must not be treated differently to the rest of the UK in any type of deal moving forward.

This result now means that Theresa May has to now find some kind of deal to get the support of Parliament. However there does not appear to be a majority for any of the other options which include: a Norway style ‘soft’ Brexit, membership of the customs union, a people’s vote or a managed ‘no deal’. With the clock ticking something has got to give. If Theresa May moves towards a softer Brexit, she risks splitting her party and ultimately loosing a future general election and her own power. She could back a People’s Vote, but this again would likely split her party down the middle and could potentially play into the hands of Labour. We are also told that there is no majority for a managed ‘no deal’.

In trying to break the impasse, May finally reached out to other parties (two years too late according to many), to try to secure cross party support for a deal which could pass through the Commons, with the 29th March looming ever closer. Whilst her offer was accepted by The Greens, The Liberal Democrats and the SNP, the official response from Jeremy Corbyn was that Labour would only talk with Theresa May if she catagorically took the option of ‘no deal’ off the table; something he knows that it is politically impossible for her to do, given what it would do to her party.

The forces against ‘no deal’ have actually played directly into the hands of the EU in the negotiation process so far. There are only a handful of MP’s who actually want to leave the EU without a deal, and even less of the public. Nether the less, in order to push for the best deal possible, ‘no deal’ had to be the UK’s BATNA in the negotiations.

BATNA stands for ‘Best Alternative to a Negotiated Agreement’ and is one of the cornerstones of negotiation theory. A BATNA is the most advantageous alternative course of action a party can take if negotiations fail and an agreement cannot be reached. It is the key focus and the driving force behind a successful negotiator; a party should generally not accept a worse resolution than its BATNA.  More importantly it gives you power in your negotiation if your opponent knows your BATNA understands that you are willing to go there if there offer is not good enough.

Being able to leave without a deal needed to be the UK’s BATNA in the EU negotiations. However the 2017 General Election got in the way of this ever being a credible option. The EU could see that due to the number of ‘soft’ Brexiteers in the Conservatives and Labour’s position that they would not in any circumstances accept a no deal. Therefore this meant that ultimately the UK’s BATNA could only ever been either remaining in the EU or a soft Brexit due to Parliamentary arrhythmic. With this in mind, the EU could find an area which they knew they could use as a non-negotiable – the Irish backstop – to force the hand of the UK into accepting a sub optimal deal, knowing full well that this would be rejected in Parliament, pushing the UK towards the EU’s preferred outcome of the UK remaining in the EU or a soft Brexit.

This ultimately means that the only way the UK can get a better deal that many on both sides claim we can get, is to actually reignite the flame of no-deal and push the EU to the brink in order to get concessions that may just squeak a deal through Parliament. However this is highly unlikely now to happen, with the EU knowing full well that this is likely to be a bluff. Potentially a second ‘leave’ win in a People’s Vote could put this option back in play, but the odds on a 2nd referendum do not seem to be shortening.

What is very clear is that the EU have played an absolute blinder in the negotiations and the UK have been weighed, measured and found wanting!