Skip to content
Cranleigh School Blogs / Politics Department Blog / UK Politics / The decision to leave the EU was correct and still is! 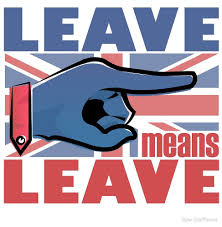 Most of us know that there are issues with the EU, but whether or not the issues outweigh the benefits of remaining within the EU was the real question most people were thinking about in June 2016. Whilst May and her negotiation team have put the entire situation into utter mess and chaos, we can all clearly see now just how awkward, insistent, dominant and uncompromising the EU is when it comes to negotiations and conduct, even with its own member states.  This highlights a good reason in itself as to why Britain shouldn’t be associated with the bureaucratic ruler that is the EU, at the end of the day we did not sign up to be a member of the EU in order to be dictated to.

Immigration was one of the most salient issues in the ‘leave’ campaign; it is a fantastic example to show off just how bad the EU is as a collective body at its job. Spain and Greece both have unemployment rates averaging between both of them of around 18%.   By January 2019, the net migration to Britain from the EU member states from 2002 to 2010 was 200,000. Whilst this may not seem much, migrant workers tend to concentrate towards the same sort of areas, overpopulation due to over-immigration can only lead to increased racism, resentment and prejudice towards other communities as problems start to arise due to suspicion over different cultures and the undercutting of wages due to an oversupply of labour from migrant workers.  In 2015 Greece took in over 860,000 refugees from the Middle East.   Whilst there are arguments from the Mediterranean countries that Britain hasn’t taken its fair ‘share’ of refugees, the very fact that Britain was and is still being pressured to take in people from other countries against its own will whilst also giving more aid to war torn countries (such as Syria) than any other single nation in the EU highlights yet another example as to why Britain made the made the right decision to leave in 2016.

The EU essentially pushes paper for fun.  They implement their regulations to prevent small businesses (something that used to be a fundamental part of British society) from undercutting big businesses and therefore becoming more efficient than the dominant monopolies that we have to experience on the daily now because of the EU. One may ask well why does the EU prefer big companies to smaller ones.  The reason is a quid-pro-quo relationship.  In return for setting up their head offices in the EU and paying taxes there, the EU will help large companies continue to put barriers to entry to the markets in which their operate through further regulations.  This is a win-win for both sides, with the only losers being small companies.

There are many problems associated with regulation and the way in which the EU run their economies, with the main issue being that regulations increase cost and small companies cannot benefit from economies of scale.  On top of this they have to pay additional licenses to comply with EU legislation when setting up a company in certain markets, which means it’s virtually impossible to start up a business within the EU without an awful lot of upfront funding.

This then leads onto the problem of a lack of competition, which leads onto efficiency not improving which leads to stagnation. Competition means that businesses are constantly competing to sell products and generally improve.  This has a knock on effect of benefitting society as were in theory getting better products for cheaper as competition drives businesses to do this otherwise consumers will simply go somewhere else. But now, in the EU we have a stagnated economy with the same big companies at the top and development has never been at such a low.

The EU is often misinterpreted for doing well economically and ‘heavily benefiting us’, in fact it is the biggest trading block in the world but at the same time it is the only declining economy in the world! So to me, it’s a pretty good question as to ask why we would remain, especially seeing as the ‘economic’ argument was supposed to be the strongest point of the remain campaign.  It is becoming clearer that the EU’s myth of benefitting us economically just isn’t true. It just shows in 2018 when unemployment rates in the EU were at 7.2% and at 4.2% for Britain, Britain was simply being dragged down for no fault of her own, therefore highlighting the need to respect the referendum result and leave the EU as soon as possible.